With no end to China/Evergrande contagion fears, the focus shifts to this week’s monetary policy meetings in the U.S. and major EMs.

China/Evergrande contagion fears continue to dominate headlines, with spillovers to China’s Investment Grade bonds (including real estate – see chart below), commodities (iron ore) and developed markets (DM) (Australian Dollar) watched especially intently. China’s central bank (PBoC) injected CNY100B of additional liquidity over the weekend, but there are no signs of authorities easing on regulations. A popular view is that both the government and the central bank have enough capacity to add policy support – but we suspect it might be a question of willingness (and possibly a higher “pain” threshold) this time around. Anyway, we will keep an eye on tomorrow’s PBoC decision regarding 1-year and 5-year Loan Prime rates (the consensus sees no change in both).

Another important aspect of the Evergrande story is the impact on China’s growth outlook (especially near-term). Real estate and construction account for about 20% of China’s GDP, and the prolonged weakness in the sector can (a) reinforce China’s slowing growth momentum, and (b) delay the growth rebalancing towards consumption. It remains to be seen whether authorities will tolerate the slowdown as part of the political/ideological “rebalancing”, but China’s status as a global growth driver can have implications for the growth differential between emerging markets (EM) and DM – that is, unless the growth momentum in DM slows as well. This week’s preliminary activity gauges (Purchasing Managers Indices) in Europe and the U.S. will give us a better idea about the latter.

Against this backdrop, this week’s monetary policy decisions in the U.S. and major EMs will be of utmost importance. In particular, we keep an eye on the pace of tightening in Brazil and Hungary, any hints of policy easing in Turkey and China-related financial stability considerations in Indonesia and the Philippines. In the U.S., the Federal Reserve (Fed) might tweak its tapering language after it releases a new set of “dots”. We also wonder whether the Fed will mention China in its communications – as it has done in the past. As of today, it might still be early - but things are moving really fast, so stay tuned! 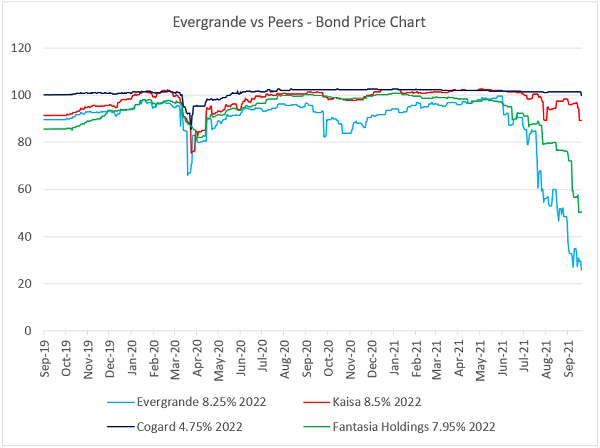