Chief Economist, Emerging Markets Fixed Income
Czech disinflation is getting entrenched and paving the way for rate cuts. Political considerations can affect the timeline of rate cuts in other EMs.

The pace of emerging markets (EM) disinflation is very uneven, with trailblazers and laggards in every region. The Czech Republic leads the way in Central Europe – and today’s sizable downside inflation surprise confirmed this status (see chart below). Czech headline inflation eased to 15.8% year-on-year in December, and it is now expected to moderate to 6.5% by the end of the year. We think this should pave the way for policy rate cuts this year, as the Czech economy is expected to slip into recession and might require additional support (the real policy rate adjusted by expected inflation is currently positive = restrictive).

Czech Republic would not be the first major EM to cut in the current cycle – Turkey has already lowered the policy rate from 19% to 9%, trying to boost growth prospects in the run up to the elections. Such dramatic policy easing took place against the backdrop of rapidly accelerating inflation, raising numerous concerns about economic imbalances, including the current account deficit. The current account gap showed signs of improvement in 2022 on the back of lower energy prices and more tourist arrivals, however, core exports are stagnating despite the lira devaluation and stronger domestic credit growth. Gold imports are also quite high due to persistent inflation pressures. A sharp widening of the current account deficit in November is a reminder that rate cuts are not a panacea as long as the overall policy framework remains inadequate.

A couple of LATAM central banks are also on investors’ monetary policy radars. The inflation and growth outlooks in Chile look very similar to the Czech Republic (a combo of disinflation and expected recession). This fact and a significant reduction in political noise after the constitutional referendum support market expectations of sizable rate cuts in the coming months. Brazil’s very high real rates also create space for rate cuts. And today’s softer than expected retail sales – as well as weaker domestic activity gauges (now in contraction zone) – point to significant growth slowdown in 2023. However, the central bank’s ability to use this space will be determined by the government’s policy agenda – and this in turn might depend on whether President Luiz Inácio Lula da Silva’s (Lula’s) political standing will improve after the weekend’s riots. Stay tuned! 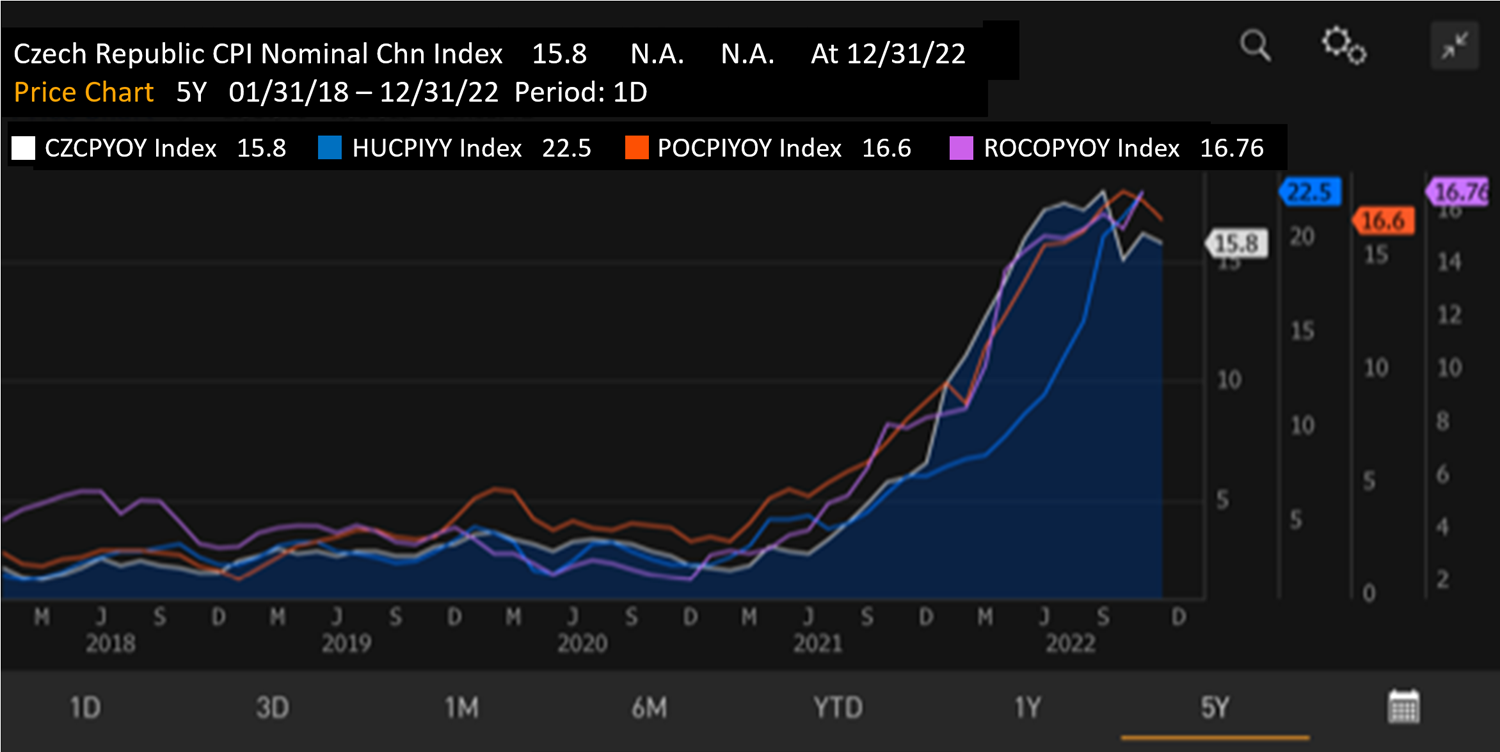