Chief Economist, Emerging Markets Fixed Income
The Fed delivered a hawkish hike just as the Q2 GDP growth surprised massively to the downside. China’s growth forecasts are being cut again, but the Politburo is not too keen on massive stimulus.

The below-consensus Q2 GDP print in the U.S. (0.9% sequential contraction) came on the heels of yesterday’s 75bps rate hike by the U.S. Federal Reserve (Fed) and Chairman Jerome Powell’s hawkish press-conference, at which he mentioned a possibility of another “unusually large” move in September. This is a reminder that the Fed is willing to tolerate a recession in order to bring inflation down. Incidentally, the U.S. is among the countries with the sharpest cuts in the 2022 and 2023 growth forecasts in the just-updated World Economic Outlook (IMF).

The IMF believes that the global balance of risks is squarely to the downside due to a combination of the Russia/Ukraine war’s impact on gas prices, higher inflation and higher costs of disinflation and tighter financial conditions. The new 2022 world GDP forecast is 0.4% lower than April’s projection, and the 2023 forecast was cut by 0.7%. An adverse scenario sees even deeper cuts in global growth projections (see chart below). What was a bit surprising is that the downward revision of the growth forecasts for emerging markets (EM) as a whole was relatively small. In part, this might be due to the fact that parts of EM are expected to benefit from higher commodity prices – these are some Middle Eastern economies and LATAM.

China, however, is not that lucky. The IMF thinks that the Chinese economy will expand only by 3.3% in real terms this year, which is 1.1% lower than the April estimate. China’s 2023 forecast was cut by 0.5%, to 4.6%. Both numbers are significantly lower than the official growth target of about 5.5%. This is why the market keeps a very close eye on new policy initiatives that could potentially reverse the negative impact of the past – growth-negative – policy initiatives (this sounds like circular reasoning, but…). The central bank’s intention to create a bailout fund (up to CNY1T) to give low-interest loans to real estate developers so that they can complete unfinished apartments (“diffusing” the mortgage payers’ strike in the process) looks promising. But we also learned today that the Politburo was not too keen on aggressive stimulus. Near-term, our focus is on the July batch of China’s activity surveys (out this weekend), which will show whether the economy (especially consumption) enters Q3 in a meaningfully better shape or whether the improvement is still marginal. Stay tuned!

Chart at a Glance: What’s Behind Adverse Growth Scenarios 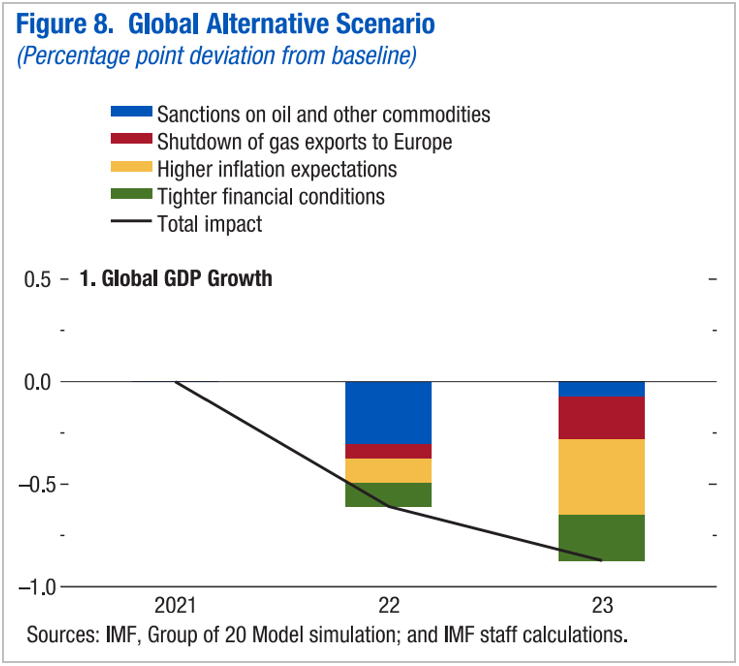 The global pivot chatter notwithstanding, many EM inflation surprises argue for the continuation of rate hikes.