Chief Economist, Emerging Markets Fixed Income
The U.S. Fed continues to stress that its current policy priority is inflation. How does this affect EMs, some of which are facing an H2 growth “cliff”, while energy prices might not ease much near-term?

Yesterday’s selloff in U.S. rates – which continued this morning - was a reminder that the market should pay more attention to the Federal Reserve’s (the Fed) message rather than its own narratives/thought constructs. A barrage of hawkish statements from the Fed – which clearly prioritized fighting high inflation - added several basis points to the expectations for the Fed’s rate hike in September (now at 62bps), but, curiously, the market refuses to see more hikes beyond December (see chart below). Growth “fatigue” and a greater risk of recession is a major reason. The 2023 consensus forecast for the U.S. has been cut to 1.3%, and today’s extremely weak retail sales in the Eurozone signal that the investment community might be underestimating growth headwinds in other independent global growth drivers. Emerging markets (EM) are also affected by these concerns. Manufacturing activity surveys for July pointed to a possibility of an H2 growth “cliff” in more than one country, and a sharp slowdown in retail sales in Hungary and Romania signaled that high inflation started to affect consumer sentiment.

Going back to inflation pressures, cooling domestic demand can make central banks’ job easier a few months from now, but supply-side and non-core price pressures can keep inflation expectations unanchored and above the target. This especially applies to fuel and energy prices, which account for a much larger share of consumer price baskets in EM than in advanced economies. This explains why today’s OPEC+ (the Organization of the Petroleum Exporting Countries and allies) proposal for a small increase in September’s crude oil output was met with a whiff of disappointment.

Today’s final point on global rates – that we discussed yesterday with colleagues – relates to geopolitics. U.S. House Speaker Pelosi’s visit to Taiwan Region went smoothly, but an uptick in geopolitical noise in the run up to the trip raised some concerns about China’s potential retaliatory moves, including its future “appetite” for U.S. Treasuries (UST). Of course, we are not talking about the full stop scenario. However, China is a big UST holder – albeit the volume declined after peaking in 2013-2015. What will happen to yields if China buys even less USTs going forward? Stay tuned! 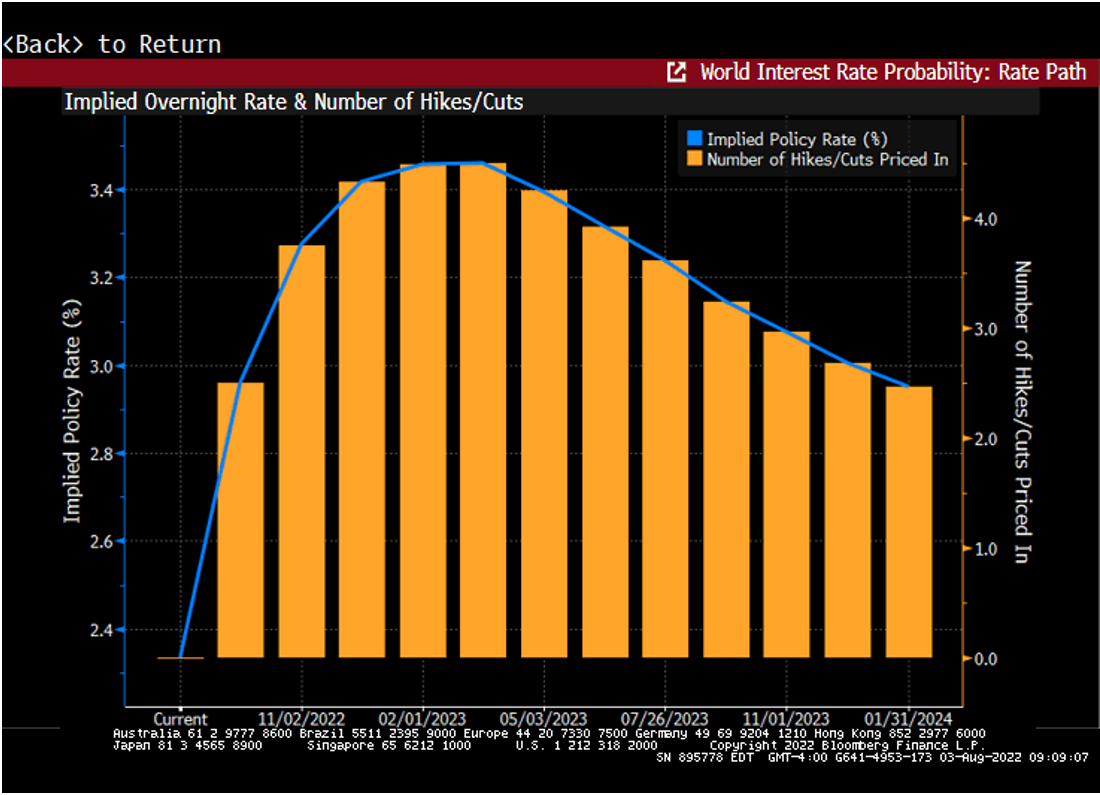 China’s Trade Surplus… To the Moon!

Downside inflation surprises point to a slower pace of rate hikes or even a pause in some EMs. In the case of China, lower than expected inflation might not pave for way for additional stimulus.

There are finally signs of disinflation in some EMs, but for the majority it is still “hike, baby, hike”.

China’s Trade Surplus… To the Moon!

China’s large trade surpluses are growth- and currency-positive – all other things equal, of course.