Trends with Benefits #13: Venturing into Start-Ups with Howard Lindzon

Most of my career has been spent developing and supporting publicly registered mutual funds and exchange-traded funds yet it seems in recent years my exposure to opportunities and people involved in venture capital has increased. VanEck’s interest in new trends has inevitably led us to monitor developments in venture capital and to discussions with fascinating people with their hands on the pulse of changes in the marketplace.

Howard Lindzon is one of those people. A notable investor and entrepreneur, Howard has been involved with a number of startups that empower do-it-yourself investors with access and information. He co-founded and is chairman of StockTwits. He also, co-founded Social Leverage, an early-stage seed fund, which counts innovative companies such Robinhood, Rally Rd., and Koyfin among its portfolio of companies.

My increased exposure to venture capital may also be a function of the fact that alternative investments, have simply become a larger part of the investment universe. According to a recent report from CAIA, alternatives as a percent of the global investible market doubled from 6% in 2004 to 12% in 2018 and are projected to account for anywhere from 18-24% by 20251. Investors have increasingly sought out alternatives for potential return enhancement and diversification from typical stocks and bond portfolios. So, I was excited to chat with Howard about how his view of the world informs his investments and how he stays on top of what’s coming next.

Listen for Howard’s take on plant-based meat, the return of short golf courses, peloton, and investing in space. 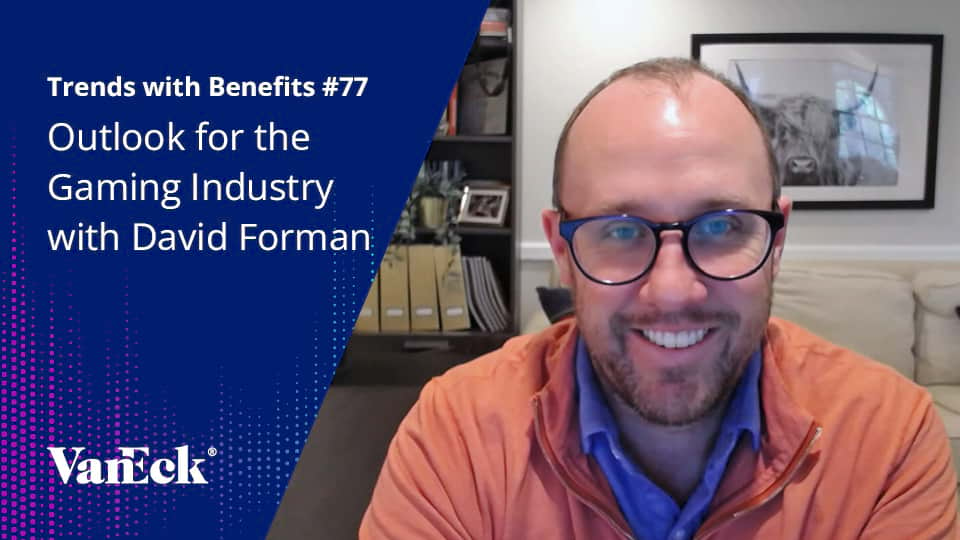 1 Source: CAIA Association, “The Next Decade of Alternative Investments: From Adolescence to Responsible Citizenship”, 2020.

Please note that Van Eck Securities Corporation (an affiliated broker-dealer of Van Eck Associates Corporation) may offer investments products that invest in the asset class(es) discussed in this podcast.

The views and opinions expressed are those of the speaker(s) but not necessarily those of VanEck. Commentaries are general in nature and should not be construed as investment advice. Certain statements contained herein may constitute projections, forecasts and other forward looking statements, which do not reflect actual results, are valid as of the date of this communication and subject to change without notice. Information provided by third party sources are believed to be reliable and have not been independently verified for accuracy or completeness and cannot be guaranteed. Any discussion of specific securities/financial instruments mentioned in the commentary is neither an offer to sell nor a solicitation to buy these securities. Fund holdings will vary. All indices mentioned are measures of common market sectors and performance. It is not possible to invest directly in an index. Information on holdings, performance and indices can be found at vaneck.com. 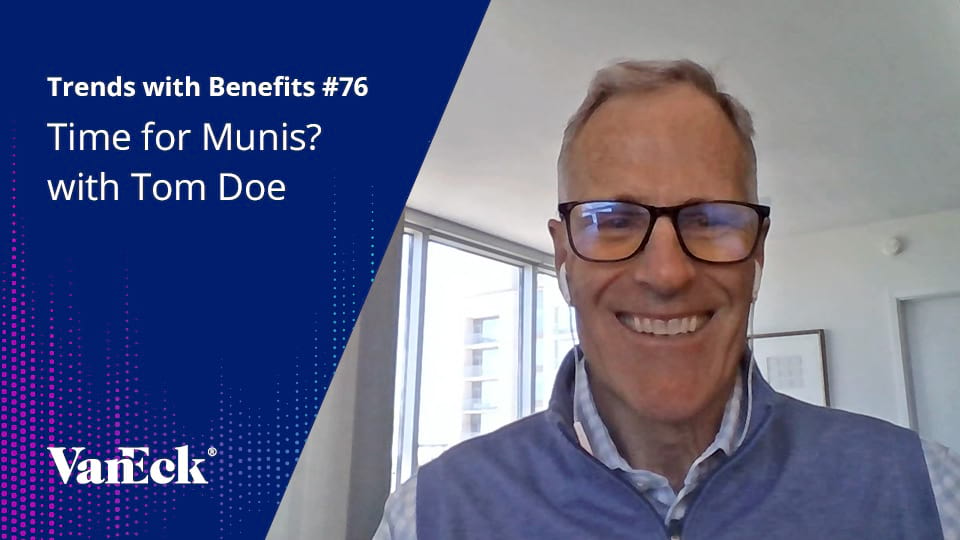