What Bifurcation in China and LatAm Means for Investors

Portfolio Manager David Semple offers his views on how U.S.-China relations may impact investors, our approach to investing in Latin America and highlighted structural growth companies in our strategy.

Jenna Dagenhart: Hello and welcome to Asset TV. Joining me now is David Semple, Portfolio Manager, Emerging Markets Equity Strategy at VanEck. David, what's your take on the U.S.-China situation and the recent Senate bill? Talk to us about the delisting of Chinese issuers from U.S. exchanges and the Hong Kong announcement and its implications. What does it all mean for your emerging markets equity strategy?


David Semple: Hi, Jenna. Thanks for having me on. It's a big question because it's multifaceted. It's a changing kaleidoscope of different touch points between U.S. and China. And in general, most of them are not very good. There is, I would say, a deterioration in terms of that relationship. There are many reasons for it. Ultimately at the end of the day, it's about China's increasing power and their willingness to exercise that power in a more global sphere. But specifically, this has come to the fore.


First of all, with trade last year, where we've had a phase one trade deal. I don't think it will be rolled back. I mean, I think it's the singular accomplishment of the administration in regard to China. And I think that will, even though China will struggle to meet its commitments, there's a certain amount of leeway simply because we've had obviously the virus this first half of the year. But it's certainly gone into two different phases beyond trade, and I would call it the bifurcation of capital and the bifurcation of technology and talking about ADR is about the bifurcation of capital.


It's a bit arcane and complicated in terms of why this has existed, but essentially the public company oversight board does not have the ability to look at audit working papers of Chinese ADRs. The Chinese have basically blocked that. So, they've said, "Well, we can't come to an agreement here. We don't have confidence in necessarily the accounts." Although I think that's a bit silly when you're looking at the very largest companies, but it may apply to the very smallest Chinese ADRs listed.


And essentially they're saying, "Look, if the bill is passed as signed into legislation, as it has already been partly through the legislative process, it does mean that the ADRs will have to be delisted," and there's probably a grace period, probably three years is what's written into it right now. And in that time, the Chinese ADRs, most of them, the major ones, will be able to seek an alternative, which is basically for most of them, is very likely to be a secondary listing on the Hong Kong Stock Exchange.


It will then be a primary listing perhaps in the future, if they get delisted. For institutional investors like us, it doesn't make any difference really which venue we would trade them in. These stocks will be fungible in the crossover period. So, it'd be very little premium, or discount happen there. Very little cost to transfer one from the other. Now, it will mean that some people—some ETFs, some retail people in the U.S.—will not be able to buy them because they're listed in Hong Kong. On the other hand, in due course, not immediately, but in due course, once they're listed in Hong Kong, they may be eligible for the southbound connect program for mainland investors.


And when the mainland investors get the bit between their teeth, it's pretty awesome, as we've seen in the last few days in the Chinese markets. So right now, by that methodology, they can buy Alibaba, but they probably will be by this time next year. And the same thing would apply to some of the other ADRs as they achieve secondary listing in Hong Kong. So, I'm not particularly worried about that. Technology is probably a bigger aspect going forward, and that's more intractable.


Jenna Dagenhart: Now, David moving from Asia to other regions like LatAm for example, what are your thoughts on the state of emerging markets there? And are you still invested in LatAm-based companies?


David Semple: I used the word bifurcation earlier. I mean, I think the supplies for the EM universe generally, both in terms of economic outcome and medical outcome, and unfortunately Latin America could be described as the hotspot right now of the issues with COVID. And I think that it doesn't necessarily have the medical infrastructure in many places in Latin America that Northeast Asia has, nor does it have the leeway in terms of fiscal ability to cope with it. But it's important to understand we invest in stocks. We invest in companies. We invest in stock specific situations, and oftentimes they're very idiosyncratic. So even if the macro looks, let's call it complicated in places like Brazil, Mexico, we can find companies within that that do look very interesting.


And of course we've ruthlessly scrubbed our outlook for those companies in light of what's happened in this first half of the year and pretty much they stuck out very well. It's not that they're unaffected. It's just that the effect to them is probably less than it would be for the markets generally.


Jenna Dagenhart: Finally, David, taking a closer look at your portfolio, could you please give us a few examples of what's worked or not worked in this fast-changing environment? Any forward-looking structural growth companies in your strategy?


David Semple: Well, particularly in terms of healthcare, we have had a couple or three healthcare beneficiaries in China. One which I may have talked about on this forum before is, Ping An Good Doctor. It's a telemedicine company, the largest in the world, and that's doing very well. The government needs to lower the cost of providing healthcare in China, and virtual consultations and virtual prescription is clearly part of that, and they're the leaders in China.


But also in terms of innovation, China is doing a great job in moving into the innovation in pharmaceuticals. And one of the companies we own is called Wuxi Biologics. It's a biological manufacturer, but also a contract research. So basically, when people have interesting potential biologics, they will do the research and then they'll do the manufacturing that will follow the molecule, as they call it. They're working with a lot of the great and the good and the global pharmaceutical industry.


And it's a very exciting period for them with potential hook in to any blockbusters that might come out of this in a global sense as well. So that's been a very interesting place for us.


In terms of what has been more of a struggle. One interesting area has been in micro finance. Look, we love micro finance in a general sense, simply because it's enabling the bottom of the pyramid is what it does. It provides capital to people who would otherwise not have it. And it's a very, almost always, for productive uses. So, it's a very positive contribution to the lower tiers of society. But the good thing and the bad thing is, the one reason why that bricks and mortar banks cannot compete here is because it's a very social based lending.


You have to go out there. You have to go out there and knock on doors and originate loans. You do the education. You collect interest, usually in a pretty social manner. So, if you're in lockdown, clearly, you've got issues. They've taken a bit of a hit in this environment, and thankfully in the second quarter, they bounced back very strongly, but we still believe in the long run that they're going to do very well and it's very multi-business because of that social aspect to it. And that'll come to the fore as we go forward.


Jenna Dagenhart: Well, David, thank you so much for joining us. Great to have you.


David Semple: You're welcome. Thank you very much. 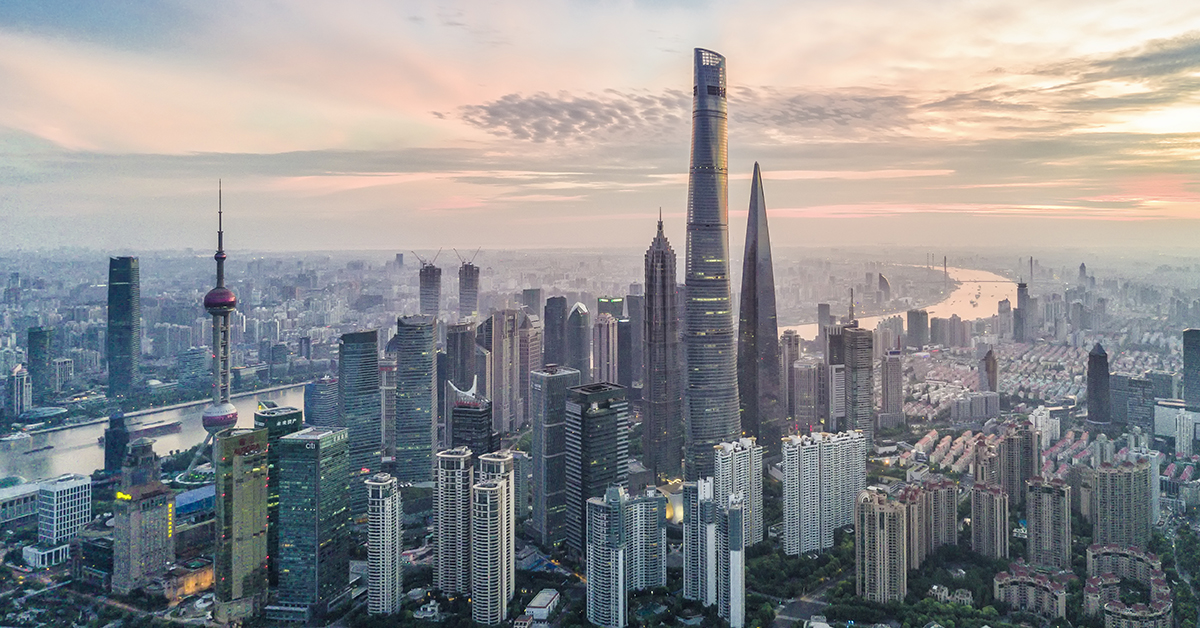