Food prices in 2021 have increased to their highest levels in six years. According to the United Nations Food and Agriculture Organization (FAO), which publishes the Food Price Index each month, food prices in January marked the sharpest month-over-month and year-over-year rise in a decade. Prices have continued to rise sharply since, and April’s figures have pushed the index to its highest level since May 2014. To those watching food prices closely, this wasn't much of a surprise; the results in April came after ten consecutive monthly increases, which is a run up that also hasn't happened in roughly a decade. In total, global food prices rose more than 30% from the trough in May 2020 to April 2021. These trends point towards what could be the onset of food inflation, or so-called "agflation". As with other sectors, technological innovation is one way to counteract rising prices. At VanEck, we believe that the time is ripe to invest in and promote nascent agtech businesses. These businesses are spearheading the modernization of agriculture, leading to higher crop yields, safer crop chemicals, and other revolutionary innovations in food production that can provide healthy diets for the world’s growing population.

What Is Causing Agflation?

The most significant factors driving the global rally in food prices have come from China, which first started seeing localized food inflation in 2019. During that year, African swine fever decimated China’s hog herd, which is the world’s largest, causing an 11 million ton pork deficit. Then, in 2020, the country's poor harvest -- caused by severe flooding in the southern region and droughts in the west -- compounded the already dire situation for the country's roughly 26 million hog farmers who depend on in-country crop production for affordable animal feed. Domestic prices for corn, soybeans, and meat skyrocketed, with some regions of the country experiencing prices rising more than 50%.

With the support of government subsidies, Chinese hog farmers have acted aggressively to rebuild their herds. Last year, China's hog population rebounded 31%, suggesting that the country could require several more years before returning to pre-2019 hog population levels.1 Furthermore, its hog farmers are rebuilding their herds differently this time around to better meet global health and safety standards, which include higher feed rations. That means demand for animal feed could be higher than pre-2019 levels even with the same number of hogs. To meet that demand, China has begun an aggressive agricultural import program in an effort to pare domestic food prices and rebuild its strategic reserves.

China's enormous demand for crops has tightened grain supplies globally and set the stage for a prolonged rally in food prices. According to the U.S. Department of Agriculture (USDA), U.S. exports of agricultural products to China in 2020 increased by more than 80% to $29 billion relative to the prior year. Soybean exports composed a significant portion of those exports, rising to $14 billion from $8 billion. Corn exports shot to $1.2 billion, up from $56 million the year before, resulting in a staggering 2,081% increase. For the 2021-2022 crop season, the USDA anticipates China's soybean imports will continue to remain robust, at around 103 million tons, while corn imports could increase to 26 million tons, a roughly 240% increase from 2019 levels.

As a result, agricultural commodity futures listed on the Chicago Board of Trade have increased dramatically. As of April 30, 2021, front month corn, soybean and lean hog prices had risen between 50% and 80% since the beginning of 2020.

AgTech Is the Future of Agriculture

In general, rising crop prices improve margins for companies higher up the supply chain, like fertilizer producers, and hurt margins for companies lower down the chain, such as consumer-facing food companies, because of higher input costs. Protein companies (i.e., poultry, beef and pork producers) are caught in the middle, with higher animal feed costs on the one hand, but potentially higher meat prices on the other. Ultimately, however, cost increases are passed to end consumers, and when agflation is high, a greater percentage of household income tilts towards food.

The nascent agtech sector addresses food inflation with innovations that seek to lower per-unit costs on a financial and environmental basis. These wide-ranging innovations include precision agriculture, improved irrigation technology, vertical farming, alternative proteins, farmland and timberland carbon credit programs, non-toxic and sustainable fertilizers and crop chemicals, and data analytics and intelligent software programs. For example, Benson Hill, a VanEck Global Resources Fund holding (0.7% as of 5/13/2021), is using machine learning and cutting-edge breeding techniques to improve the protein content in crops, which should reduce the processing costs to convert those crops into ingredients for plant-based meat products. Many other solutions are being developed by private companies, and VanEck has gained exposure to companies such as AgNext (a food quality and traceability platform), TartanSense (a crop protection robotics manufacturer) and Fasal (on farm sensors).

Doing Nothing Is Not an Option

Planting more acres of corn and soybeans for the next several years might prevent runaway agflation in the medium term, but it is not a sustainable solution going forward. Indeed, societal problems will only exacerbate if nothing else is done. Populations in developing countries typically spend a higher portion of income on food. That, combined with lost income due to Covid-related business closures, could have dire implications. The social unrest in developing countries, such as the Haitian food riots in 2008 and the "Arab Spring" in the early 2010s, coincided with and were in part sparked by higher food prices.

The United Nations expects that by 2050 the world’s population will have grown to roughly 10 billion, which is 28% higher than the 7.8 billion people on the planet today.2 Nearly all of this growth will occur in developing countries. Urbanization will continue at an accelerated pace, resulting in approximately 70% of the world's population living in urban areas by 2050, an increase from the roughly 54% today. More people will enter the middle-class than at any time in history, which will have consequences for the global agriculture ecosystem3. Entering the middle-class typically correlates with higher consumption of animal-based foods, which are more resource-intensive to produce. In order to feed this larger, richer, and more urban population, food production must increase by 70%. Meeting this demand while reining in greenhouse gas emissions requires incorporating data and technology more thoroughly on the farm and within the global supply chain.

Looking forward, we expect growth in the agriculture technology sector to increase meaningfully. There is a significant shortfall between the amount of food the world produces today and the amount that will be needed to feed the population in 2050. To achieve this in an environmentally sustainable way, the agriculture industry must embrace new technologies that generate higher yields using fewer resources. By adopting smarter ways of doing business, the industry has the ability to thwart a worsening food insecurity crisis. 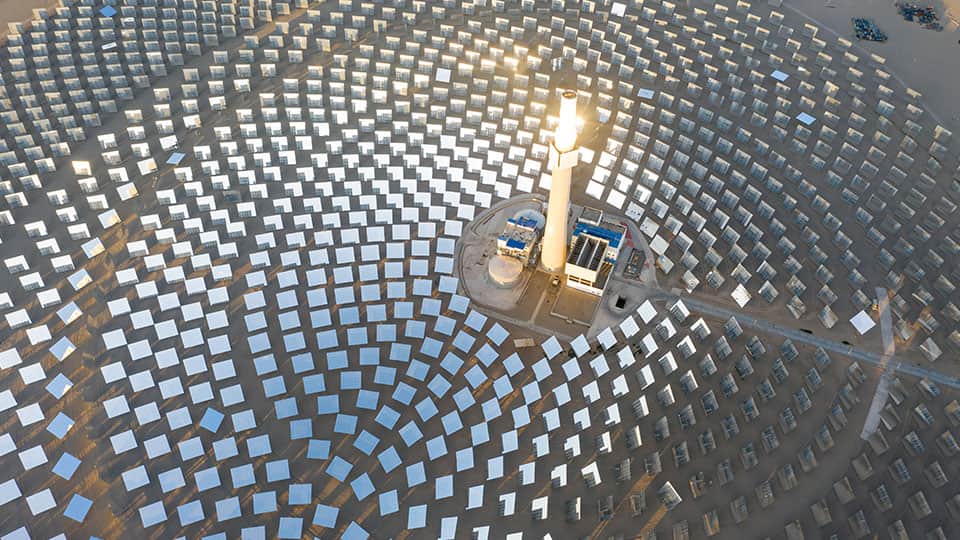 Please note that VanEck may offer investments products that invest in the asset class(es) included herein.

This is not an offer to buy or sell, or a recommendation to buy or sell any of the securities/financial instruments mentioned herein. The information presented does not involve the rendering of personalized investment, financial, legal, or tax advice. Certain statements contained herein may constitute projections, forecasts and other forward looking statements, which do not reflect actual results, are valid as of the date of this communication and subject to change without notice. Information provided by third party sources are believed to be reliable and have not been independently verified for accuracy or completeness and cannot be guaranteed. VanEck does not guarantee the accuracy of 3rd party data. The information herein represents the opinion of the author(s), but not necessarily those of VanEck.

Commodities Return to the Old Normal

As governments globally commit to carbon-reduction policies, investments in renewable energy and clean technologies are creating a far-ranging opportunity set for long-term investors.

Commodities Return to the Old Normal