Mind the Gap in Commodities and Resource Equities

There was a stark divergence between the performance of commodities and resource equities in the third quarter. On the one hand, commodities (as measured by the Bloomberg Commodity Index1) rallied to six-year highs off August’s lows while, on the other hand, resource equities (as measured by the S&P Global Natural Resources Index2) gave back nearly all of their second quarter gains during September. Both commodities and resource equities battled with a more muted global growth outlook on the heels of anticipated tapering in the fourth quarter, a strong resurgence of COVID-19 cases and forced industrial slow-downs associated with growing energy crises in China and Europe. However, ongoing supply shortages continued to provide a relatively stable floor for most commodities. As well, year-over-year inflation in the U.S. and Europe was persistently strong during the quarter, running well above long-term averages, outpacing most forecasters’ expectations, and lending further credibility to the viewpoint that this may be more than just a “transitory” phenomenon for commodity prices.

Higher energy costs and supply chain complications were predominate factors driving relative underperformance of resource equities, broadly. Concerns over China also played a role, as the government’s tightening grip over multiple industries (such as ecommerce, cryptocurrency, building materials and real estate) called into question the stability of the country’s current economic model and obscured the generally bullish outlook many commodity producers have had for longer-term growth opportunity there. On the plus side, sustained higher oil prices aided U.S. oil and gas producers—allowing for expanded margins, increased free cash flow, and, for some, the ability to return record amounts of capital to shareholders.

Oil and Gas Markets Get Energized

A rapprochement between Saudi Arabia and United Arab Emirates (UAE) at OPEC’s July meeting came as a surprise to most—especially considering the contentious nature of their previous interaction which eventually led to the postponement of a subsequent meeting. The cartel’s ultimate decision to stick to its previously agreed-upon output increase until the spring of 2022 somewhat calmed oil markets. However, it also brought to the forefront a number of other pressing fundamental issues, including the long-term underinvestment in new supply and the potential for a rapid rebound in demand.

Similar supply and demand disparities also propelled natural gas prices (Henry Hub natural gas spot prices were up $1.90 since end-June—an approximately 58% gain on the quarter). Cold winters in Asia and Europe last year left countries around the world scrambling to refill inventories before this coming winter. However, shuttered coal-fired power plants (in China) and a lack of strong winds (for most of Europe’s wind turbines) have left limited options in terms of switching. The rise in natural gas prices also precipitated a spillover effect into fertilizer markets, too (natural gas is utilized in the production of ammonium nitrate and urea), where prices were dealt a dual blow following earlier hurricane-fueled supply disruptions at one of the world’s largest urea producers, CF Industries (not held by the Strategy).

Most base and industrial metals experienced a slight pullback after reaching decades-long highs through the end of the second quarter (for most copper producers, too, this actually marked the first time since the first quarter of 2020 that they turned in negative quarterly returns). However, in September, aluminum prices briefly hit $3,000 per tonne for the first time since 2008 as a number of converging supply-side factors—including Chinese government mandated production curbs to allay energy intensity concerns—raised some doubts over the industry’s ability to meet increased demand through 2022. Additionally, prices of key battery minerals – including cobalt, lithium and manganese – continued to see support from supply tightness and steadily rising demand.

Divergent factors steered gold in opposing directions throughout most of the quarter. At times, persistent inflationary concerns and general market tepidness pushed prices upwards while, at other times, dollar strength and looming rate hikes (in 2022) pulled them downwards. Perhaps the biggest news in gold markets during the quarter was a deal announced in September that, once approved, would combine Kirkland Lake (2.15% of Strategy net assets) with Agnico Eagle Mines (1.91% of Strategy net assets) to create the world’s third largest gold company behind Barrick (1.80% of Strategy net assets) and Newmont (2.39% of Strategy net assets). At 3.5 million ounces per year, the new Agnico does not rise to the level of a “super-major” (typically producing five to six million ounces per year). However, the combined entity still sets itself apart from others in terms of its potential for realizable cost efficiencies and low geopolitical risk profile, with 75% of production coming from Canada and the remainder from Finland, Australia and Mexico.

The Strategy underperformed the S&P North American Natural Resources Index3on the quarter, returning -6.97% versus -2.48%, respectively, during the three month period. The largest detractors from absolute (and relative) performance were from the Renewable & Alternatives and Base & Industrial Metals sectors, while the largest absolute contributors came from the Oil & Gas sector.


Source: FactSet; VanEck. Data as of September 30, 2021. *Variable dividend: Tied to the strength of oil and/or gas prices and “carved out” from free cash flow, allowing investors to participate directly in a rising oil price environment. Past performance is not indicative of future results. Portfolio holdings may change over time. These are not recommendations to buy or sell any security.

While there were no major changes to overall positioning during the quarter, the Strategy did enter into a new position in the fertilizer space, Mosaic Co. (1.13% of Strategy net assets). Mosaic currently trades at a deep discount to its long-term average and versus its closest competitors as, we believe, the market has yet to realize the potential efficiency gains afforded to the company by its transition away from its K1 and K2 potash mine production operations to its new K3 mine site at Esterhazy. As the largest domestic producer of phosphate (and second largest producer of potash behind Nutrien—3.48% of Strategy net assets) we believe that the company also stands to benefit from general supply tightness, which has facilitated a favorable macroeconomic outlook for fertilizers heading into 2022.

Moving Forward: “Greenflation” and Other Opportunities

The energy transition is well underway with emerging opportunities across a variety of global resource equity sectors. Supply chain transparency and security are becoming increasingly important as only a finite number of minerals and materials are available to support current transition efforts over the next several decades. In our view, accelerated plans to meet aggressive emissions reduction targets or other sustainability goals will likely only lead to much higher commodity and raw materials prices over the medium-to-longer term—particularly as low interest rates and government-subsidized growth become a thing of the past. As they say, you can print money but you can’t print commodities…

While the likelihood of faster-than-anticipated adoption rates of solar seems entirely feasible – with its strong policy support, low cost of capital and exponential efficiency gains through technological innovation – the balance of world’s current energy mix would still need to shift dramatically in order to completely phase out traditional energy markets. To us, and for now, this has allowed the door to remain open for the use of oil and gas. Interim fixes via other alternatives like hydrogen, geothermal or biofuels seem conceivable too, though would likely still require their own major outlay of resources in order to reach scale.

As noted, we believe that global emissions remain an issue best addressed from multiple vantage points. In this regard, a number of potentially extremely impactful opportunities within the agriculture sub-sector remains intriguing to us. We continue to explore opportunities within some of the more nascent agriculture technology markets such as alternative proteins, precision agriculture and vertical farming, where we believe the longer-term structural growth story is currently being underappreciated by the market.

For a complete listing of the holdings and performance, please visit VanEck Global Resources Fund (GHAAX). 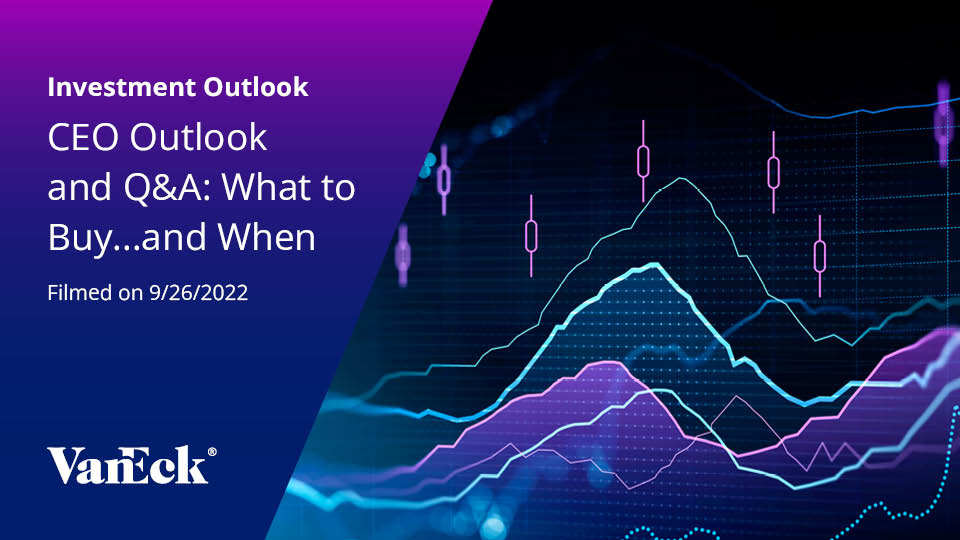 CEO Outlook and Q&A: What to Buy…and When 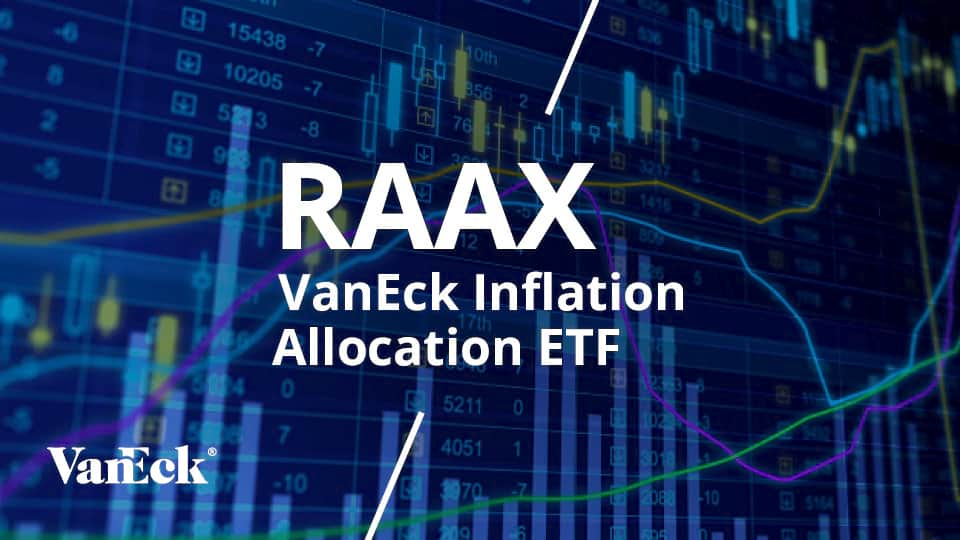 A Multi-Asset Approach to Inflation

All company, sector, and sub-industry weightings as of September 30, 2021 unless otherwise noted. This is not an offer to buy or sell, or a solicitation of any offer to buy or sell any of the securities mentioned herein. Strategy holdings will vary.

The information presented does not involve the rendering of personalized investment, financial, legal, or tax advice. Certain statements contained herein may constitute projections, forecasts and other forward looking statements, which do not reflect actual results, are valid as of the date of this communication and subject to change without notice. Information provided by third party sources are believed to be reliable and have not been independently verified for accuracy or completeness and cannot be guaranteed. The information herein represents the opinion of the author(s), but not necessarily those of VanEck.

All indices are unmanaged and include the reinvestment of all dividends, but do not reflect the payment of transaction costs, advisory fees or expenses that are associated with an investment in the Strategy. An index’s performance is not illustrative of the Strategy’s performance. Indices are not securities in which investments can be made.

The views and opinions expressed are those of VanEck. Strategy commentaries are general in nature and should not be construed as investment advice. Opinions are subject to change with market conditions. Any discussion of specific securities mentioned in the commentaries is neither an offer to sell nor a solicitation to buy these securities. Strategy holdings will vary.

The Strategy is subject to risks associated with concentrating its investments in Canadian issuers, commodities and commodity-linked derivatives, commodities and commodity-linked derivatives tax, derivatives, direct investments, emerging market securities, foreign currency transactions, foreign securities, global resources sector, other investment companies, management, market, operational, small- and medium-capitalization companies and special purpose acquisition companies. The Strategy’s investments in foreign securities involve risks related to adverse political and economic developments unique to a country or a region, currency fluctuations or controls, and the possibility of arbitrary action by foreign governments, including the takeover of property without adequate compensation or imposition of prohibitive taxation.

CEO Outlook and Q&A: What to Buy…and When

A Multi-Asset Approach to Inflation 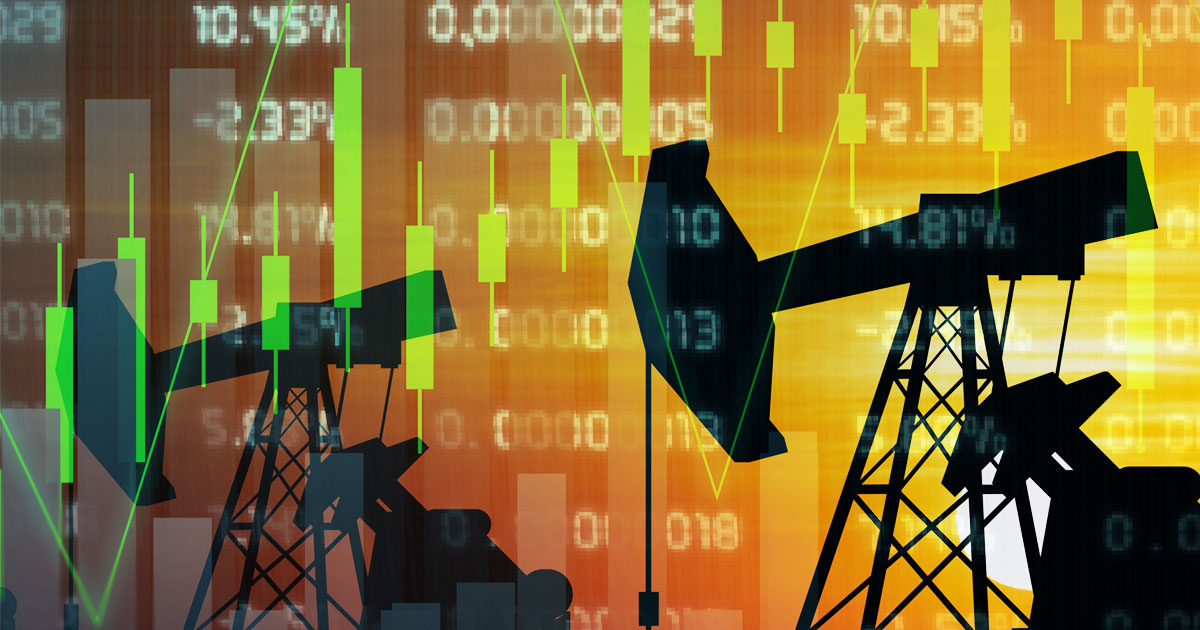 Shining a Light on the Generational Value of Resources

With the Fed’s latest “higher for longer” interest rate comments, commodities pulled back in the month of August, but continue to hold strong year to date.

We believe the Inflation Reduction Act is a critical catalyst to accelerate the sustainable development of a sustainable green resources sector in the U.S.

Shining a Light on the Generational Value of Resources

After a pullback in June, commodities recovered in late July driven by the energy and livestock sectors. 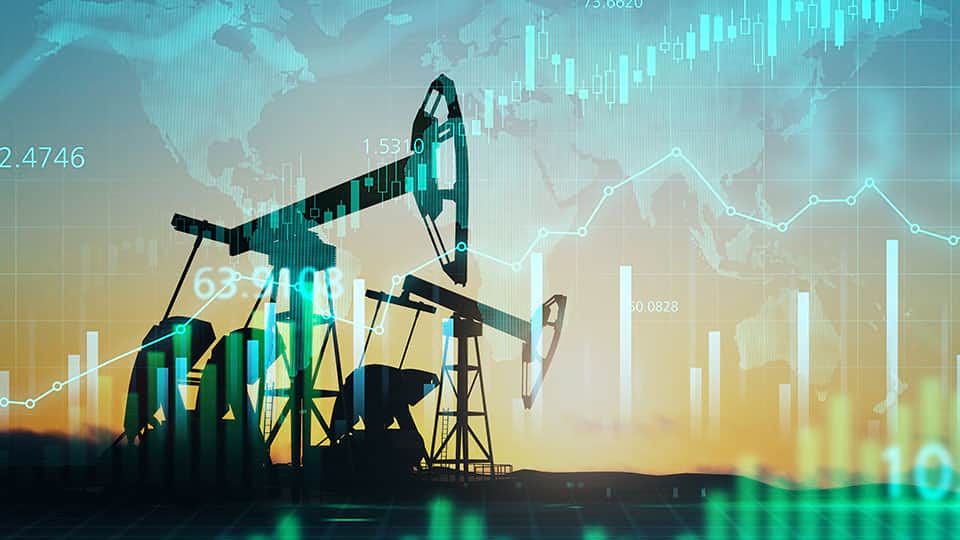