Normalization and Change at the Same Time The second quarter in emerging markets was broadly a positive quarter, albeit with significant underlying debate and concern on certain key topics such as inflation, commodity prices, China regulation and the impact of digital or crypto currencies.

On the positive side of the ledger, mobility has generally increased and overall there is a decent impetus towards normality. In part, this is driven by a significant increase of the rate of vaccination in emerging markets. Availability of vaccines and actual vaccination rates have generally surpassed expectations from a few months ago, but many emerging markets (and some developed markets, such as Japan) were starting from low levels of achieved vaccination. Additionally, whilst economic activity has improved in aggregate, relatively small outbreaks have occurred and can cause proximate and immediate issues. One example would be the recent disruption in China’s southern ports caused by a Covid-19 cluster.

Vaccine Trajectories – When Do Regions Overtake the U.S.?

Whilst global growth is impressive, driven by a cocktail of year-over-year (YOY) comparisons, near normal mobility in the U.S. and continued super-relaxed monetary and fiscal policies, it is not without challenges. Supply chains are sometimes stretched and vulnerable and previous underinvestment in commodities is coming home to roost in an environment of rapidly accelerating demand. This has given advocates of inflation some immediate ammunition to argue for higher inflation. But the debate is not about relatively temporary observations. Rather it is about long-run expectations where the outlook is much less clear, as secular forces of debt, demographics and digitization may conspire to keep generalized inflation low.

In addition, despite the headline driven narratives on current inflationary pressures, we see tangible signs of slackening demand for some physical goods, combined with positive supply side response, which makes us even less convinced about an ingrained inflationary rhetoric going forward. Certainly, the behavior of the treasury market does not portray much concern about that possibility, in our view. So low inflation and low rates for the foreseeable future should set up a positive environment for structural growth going forward, right? Well, not so fast, there are caveats.

One is that the unprecedented global disruption caused by the pandemic, combined with the rapid evolution and acceleration in certain industries, has exposed structural issues which have significant investment implications. For instance, the adoption of electric vehicles and the increasingly pariah-like status of fossil fuels have conspired to drive up the prices of certain commodities like copper and crude. We believe one benefit for us, is that some commodity industries (like copper) are now exhibiting more structurally attractive (and less cyclical) characteristics than before.

Another example is the semiconductor supply chain. East Asia dominates fabrication of certain areas of semiconductors. Particularly notable is the dominance in advanced logic1by Taiwan Region and South Korea.

~75% of the Fabrication Capacity Is Concentrated in Northeast Asia

In particular, all advanced logic capacity <10nm is currently located in Taiwan Region and South Korea

As a building block in many areas of life, the vulnerability through such concentration has raised increasing concerns, not just on a short-term basis, as seen in the availability of chips for auto production, but on a long-term strategic basis, as China emerges as very significant competitor in the global arena. To be sure, we can anticipate a steep increase of investment in China and the U.S. in this sector. Much of which will involve government involvement, by subsidy or direct investment. The contours of the industry in the medium term are therefore subject to increased uncertainty as non-economic considerations and political actors become more involved.

And it is not just semiconductors. We believe that the pendulum has swung in favor of increasing government involvement/regulation of some of the most interesting, structurally growing areas that we invest in. In particular, there has been a notable increase in regulatory activity in a number of areas in China. Industries such as after-school tutoring, ecommerce and ride-hailing have all been a focus.

It is true that many regulations will ultimately create a better end point of fairer, more sustainable industries, but the journey can be arduous and uncertain. Investors don’t like uncertainty. In addition, for a number of the more recent China related listings in the internet space, we question moats2 of their business models.

In summary, we believe the macro environment, with subdued inflation and low rates, even as global activity normalizes, may be rewarding for forward-looking, sustainable and structural growth investors in emerging markets. But the focus has to adjust to a landscape of changing regulatory and industry dynamics, potentially creating a compelling, alpha generation opportunity for active investors in the space.

For a complete listing of the holdings in VanEck Emerging Markets Fund (GBFAX) as of 6/30/2021, please view this PDF. Please note that these are not recommendations to buy or sell any security. 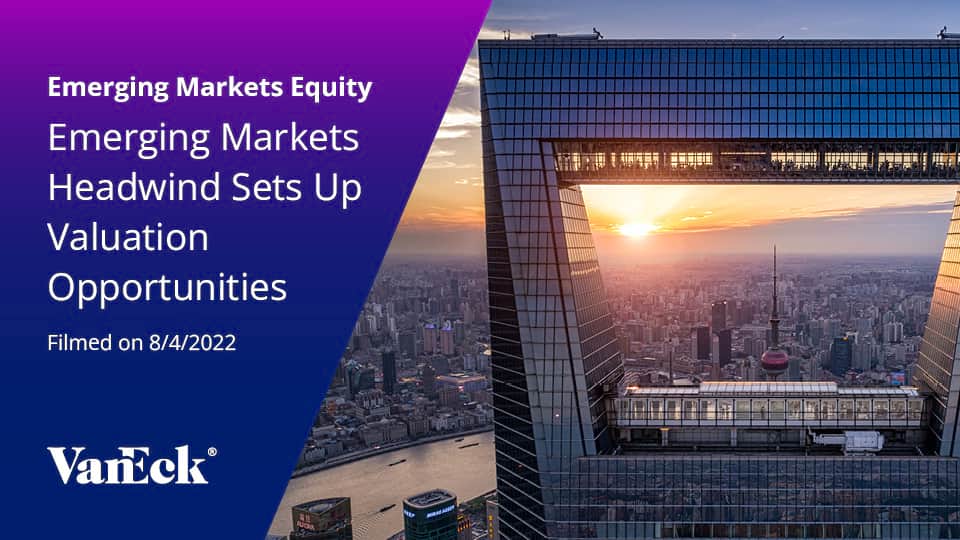 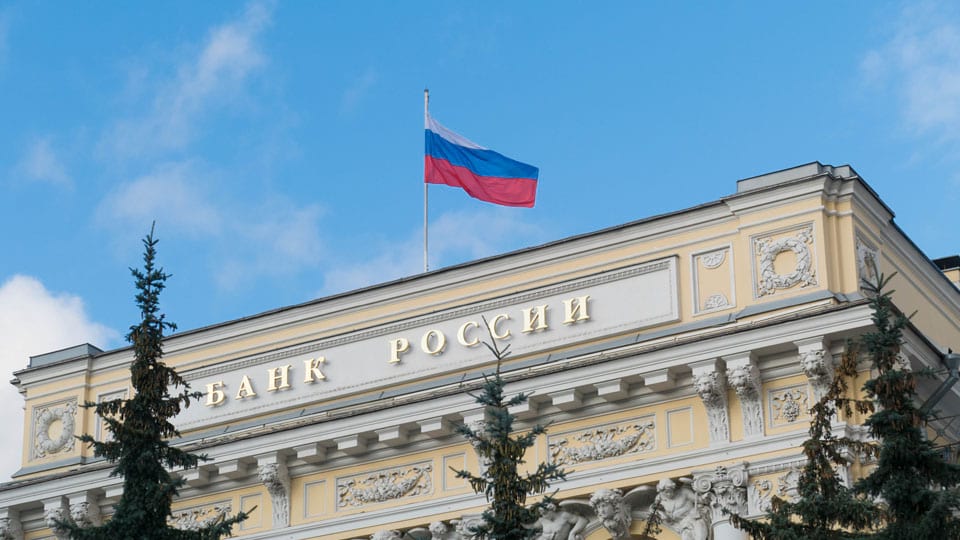 1Advanced logic is defined as <10nm and currently located in Taiwan Region and South Korea, as outlined in the chart below.

2 A moat is a sustainable competitive advantage that is expected to allow a company to fend off competition and sustain profitability into the future.

All indices listed are unmanaged indices and include the reinvestment of all dividends, but do not reflect the payment of transaction costs, advisory fees or expenses that are associated with an investment in the Fund. Certain indices may take into account withholding taxes. An index’s performance is not illustrative of the Fund’s performance. Indices are not securities in which investments can be made.

Diversification does not assure a profit or prevent against a loss.

This is not an offer to buy or sell, or a recommendation to buy or sell any of the securities mentioned herein. Please note that the information herein represents the opinion of the portfolio manager and these opinions may change at any time and from time to time. Not intended to be a forecast of future events, a guarantee of future results or investment advice. Historical performance is not indicative of future results; current data may differ from data quoted. Current market conditions may not continue. Non-VanEck proprietary information contained herein has been obtained from sources believed to be reliable, but not guaranteed.

You can lose money by investing in the Fund. Any investment in the Fund should be part of an overall investment program, not a complete program. The Fund is subject to the risks associated with its investments in Chinese issuers, direct investments, emerging market securities which tends to be more volatile and less liquid than securities traded in developed countries, foreign currency transactions, foreign securities, other investment companies, Stock Connect, management, market, operational, sectors and small- and medium-capitalization companies risks. The Fund’s investments in foreign securities involve risks related to adverse political and economic developments unique to a country or a region, currency fluctuations or controls, and the possibility of arbitrary action by foreign governments, or political, economic or social instability.

Please call 800.826.2333 or visit vaneck.com for performance information current to the most recent month end and for a free prospectus and summary prospectus. Investing involves risk, including possible loss of principal. An investor should consider the Fund’s investment objective, risks, charges and expenses carefully before investing. The prospectus and summary prospectus contain this as well as other information. Please read them carefully before investing. 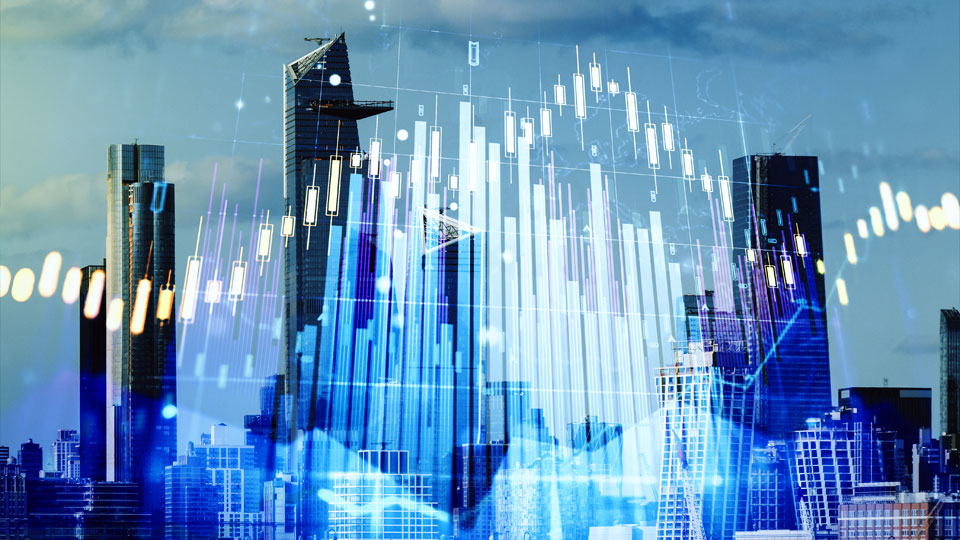 China Turns to Automation and Robotics to Solve Aging Problem

We see opportunities for inflation, interest rate expectations, China regulatory fear and COVID resurgence and the commodity rally to change in a positive way for the Fund.

China Turns to Automation and Robotics to Solve Aging Problem

The impact of an aging population has taken a toll on China’s economy. Industrial automation and robotics could be the solution.