Is Gold on Schedule to Catch Inflation Train? Gold traded in a narrow range in December, finishing at $1,829.20 per ounce for a $54.68 (3.08%) gain. The metal posted its $1,753.66 low for the month on December 15 following the Federal Open Market Committee (FOMC) meeting in which the Federal Reserve (“Fed”) set the stage to begin increasing rates as early as next spring in order combat rising inflation. However, the selling pressure quickly dissipated and gold rallied to the $1,800 per ounce level the following day. Gold’s resilience suggests the Fed might have a tough time in its battle with inflation.

Lots of action for the miners recently

The larger gold producers gained with the metal as the NYSE Arca Gold Miners Index1 (GDMNTR) rose 2.18%. Meanwhile, the MVIS Global Junior Gold Miners Index2 (MVGDXJTR) was flat for the month. However, amid seemingly calm gold markets, merger and acquisition (M&A) activity picked up substantially in the fourth quarter.

Three major companies have announced friendly acquisitions of single asset companies—each commanding a premium of 20% to 30%:

A smart change for producers

This marks a shift in M&A activity for this gold cycle. Up until now, gold producers shunned M&A with single-asset juniors in favor of exploring and developing their existing properties. This has provided organic opportunities that have enabled companies to maintain production and extend mine lives. However, all mineral deposits have their limits and eventually production enters a phase of decline. We see these acquisitions as long-range planning by the majors to offset this inevitable decline.

In the last cycle, many companies were caught overpaying for acquisitions that failed to deliver as promised. In addition, companies have historically diluted shareholders by issuing stock to pay for M&A. However, this cycle is looking quite different. These three deals had large cash components of 50% to 100%. Also, our Strategy has owned each of these acquisition targets for years and we are very familiar with each asset. They are high quality and undervalued at current gold prices. We believe these are smart acquisitions that will prove to be accretive.

Was 2021 a disappointing year for gold?

Over the past year, gold has established a new higher trading range. The chart shows the old trading range from 2013 to 2019 that averaged $1,250 per ounce. The many uncertainties and risks brought on by the pandemic, along with radical fiscal and monetary policies have lifted gold to a new highs as investors sought safety. Since the pandemic crash in March 2020, gold has averaged $1,817 per ounce.

Uncertainties have driven gold to a new, higher trading range

Source: Bloomberg. Data as of December 31, 2021. Past performance is not indicative of future results.

While the gold price remains at historically high levels, many gold investors, ourselves included, were disappointed by gold’s performance. Gold ended the year with a $69 loss (3.6%) at $1,829.20. We expected strong gains in a year when headline inflation (as measured by the U.S. Headline Consumer Price Index3) trended to nearly 8% in November, the highest since 1982. However, focusing solely on inflation ignores other drivers that worked against gold:

A “glass half full” approach

While investment demand for gold was weak, physical demand helped support gold prices in its new higher trading range. Central bank demand has returned to pre-pandemic levels as a range of countries that include Kazakhstan, Uzbekistan, Hungary, Thailand, Singapore, and Brazil are seeing a need to diversify their forex reserves with gold. Jewelry demand in India has returned to pre-pandemic levels. UBS reports Indian imports of gold running 30% above 2019 levels. Chinese demand has also been improving, with October gold imports at their highest in nearly two years.

High gold prices in a weak gold market proved to be a boon for the gold companies and a bust for investors. The industry is financially healthy and able to return capital to shareholders in the form of dividends and stock buybacks. However, gold is the primary driver of gold stocks and when sentiment towards gold is low, there’s little interest in gold stocks. As a result, the GDMNTR declined 8.9% and the MVGDXJTR fell 20.7% on the year. Junior stocks have a tougher time in a weak market and tax-loss selling brought additional pressure late in the year. The underperformance has driven valuations to historic lows, so any pickup in the gold price should bode well for gold stocks.

Also, it may not be over…

For those who think gold missed the inflation train, there are several reasons to reconsider. There have only been two other inflationary periods in the last 50 years. The first was in the seventies, the second from 2003 to 2008. In each of these inflationary periods, gold underperformed commodities in the first half and outperformed in the second half. It seems that markets don’t take inflation (or gold) seriously until it proves to be intractable.

There are many reasons to believe 2022 will see the beginning of a wage/price spiral:

In addition to inflation, the shift in Fed policies to tightening in 2022 brings a new set of risks that could drive gold. The Fed has a history of remaining too easy for too long. This has gotten the economy into trouble as the tech and housing bubbles burst. This time we have an everything bubble and inflation. The Fed is set to end the tapering of its bond purchases by March, clearing the way for rate increases. Meanwhile, it looks like President Biden’s plans to spend trillions to “build back better” are failing. Without all the stimulus, markets are at risk, the economy might falter, and debt service costs could escalate.

To receive more Gold Investing insights, sign up in our subscription center. 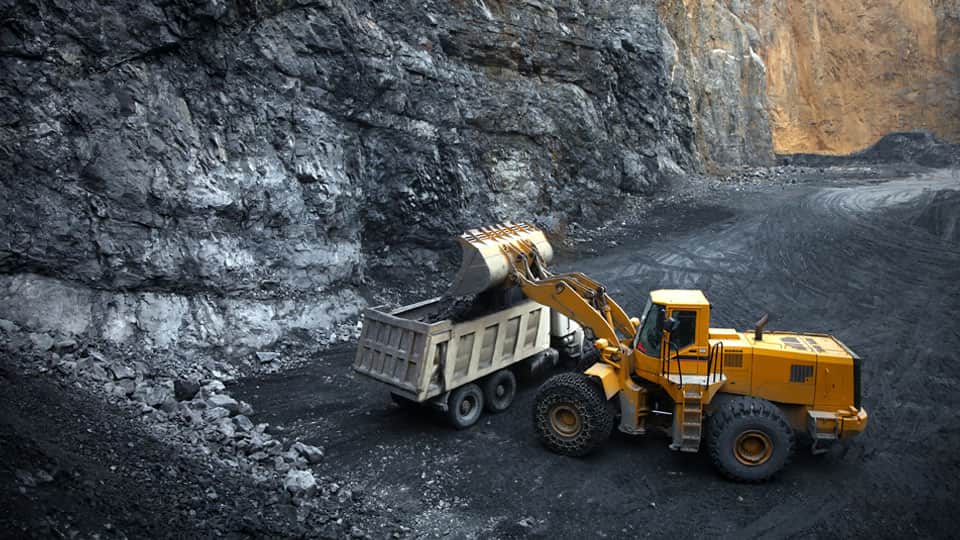 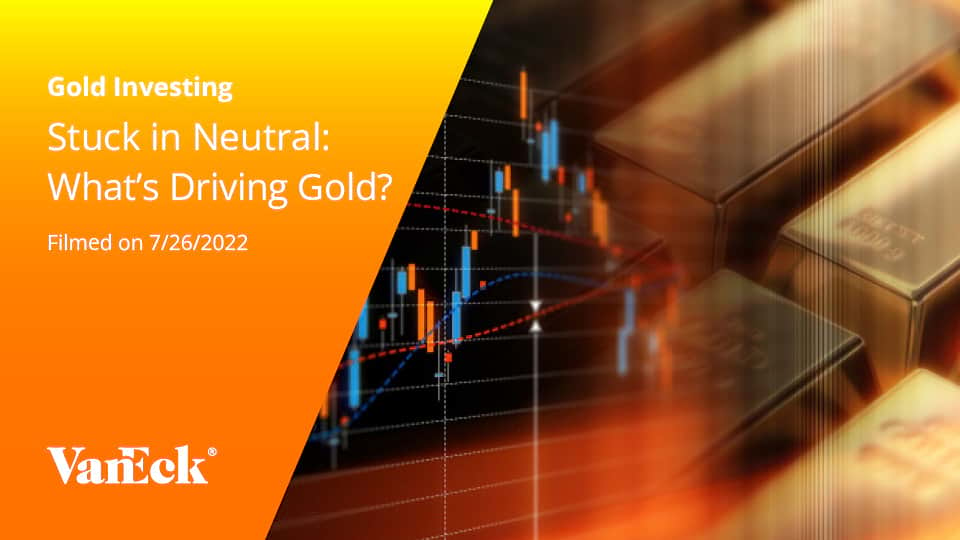 All company, sector, and sub-industry weightings as of December 31, 2021 unless otherwise noted.

Nothing in this content should be considered a solicitation to buy or an offer to sell shares of any investment in any jurisdiction where the offer or solicitation would be unlawful under the securities laws of such jurisdiction, nor is it intended as investment, tax, financial, or legal advice. Investors should seek such professional advice for their particular situation and jurisdiction.

1NYSE Arca Gold Miners Index (GDMNTR) is a modified market capitalization-weighted index comprised of publicly traded companies involved primarily in the mining for gold. 2MVIS Global Junior Gold Miners Index (MVGDXJTR) is a rules-based, modified market capitalization-weighted, float-adjusted index comprised of a global universe of publicly traded small- and medium-capitalization companies that generate at least 50% of their revenues from gold and/or silver mining, hold real property that has the potential to produce at least 50% of the company’s revenue from gold or silver mining when developed, or primarily invest in gold or silver. 3U.S. Headline Consumer Price Index (CPI) is a measure of the average change in the price for goods and services paid by urban consumers between any two time periods. It can also represent the buying habits of urban consumers. 4The U.S. Dollar Index (DXY) measures the value of the U.S. dollar relative to a basket of foreign currencies, often referred to as a basket of U.S. trade partners' currencies. 5The S&P CoreLogic Case-Shiller National Home Price Index tracks changes in home prices throughout the United States, covering nine major census divisions and calculated on a monthly basis. 6Owners’ equivalent rent (OER) measures how much money a property owner would have to pay in rent to be equivalent to their cost of ownership. It is used to measure the value of real estate markets, where it can help direct individuals to either buy or rent based on total monthly cost. 7A cost-of-living adjustment (COLA) is an increase in Social Security benefits to counteract the impact of rising consumer prices (i.e., inflation).

Any indices listed are unmanaged indices and include the reinvestment of all dividends, but do not reflect the payment of transaction costs, advisory fees or expenses that are associated with an investment in a Fund. Certain indices may take into account withholding taxes. An index’s performance is not illustrative of a Fund’s performance. Indices are not securities in which investments can be made.

NYSE Arca Gold Miners Index is a service mark of ICE Data Indices, LLC. ICE DATA MAKES NO EXPRESS OR IMPLIED WARRANTIES, AND HEREBY EXPRESSLY DISCLAIMS ALL WARRANTIES OF MERCHANTABILITY OR FITNESS FOR A PARTICULAR PURPOSE WITH RESPECT TO THE NYSE ARCA GOLD MINERS INDEX OR ANY DATA INCLUDED THEREIN. IN NO EVENT SHALL ICE DATA HAVE ANY LIABILITY FOR ANY SPECIAL, PUNITIVE, INDIRECT, OR CONSEQUENTIAL DAMAGES (INCLUDING LOST PROFITS), EVEN IF NOTIFIED OF THE POSSIBILITY OF SUCH DAMAGES.

MVIS Global Junior Gold Miners Index (the “Index”) is the exclusive property of MarketVector Indexes GmbH (a wholly owned subsidiary of Van Eck Associates Corporation), which has contracted with Solactive AG to maintain and calculate the Index. Solactive AG uses its best efforts to ensure that the Index is calculated correctly. Irrespective of its obligations towards MarketVector Indexes GmbH, Solactive AG has no obligation to point out errors in the Index to third parties.

Please note that the information herein represents the opinion of the author, but not necessarily those of VanEck, and this opinion may change at any time and from time to time. Non-VanEck proprietary information contained herein has been obtained from sources believed to be reliable, but not guaranteed. Not intended to be a forecast of future events, a guarantee of future results or investment advice. Historical performance is not indicative of future results. Current data may differ from data quoted. Any graphs shown herein are for illustrative purposes only. No part of this material may be reproduced in any form, or referred to in any other publication, without express written permission of VanEck.

The Strategy is subject to the risks associated with concentrating its assets in the gold industry, which can be significantly affected by international economic, monetary and political developments. The strategy’s overall portfolio may decline in value due to developments specific to the gold industry. The strategy investments in foreign securities involve risks related to adverse political and economic developments unique to a country or a region, currency fluctuations or controls, and the possibility of arbitrary action by foreign governments, or political, economic or social instability. The strategy is subject to risks associated with investments in Canadian issuers, commodities and commodity-linked derivatives, commodities and commodity-linked derivatives tax, gold-mining industry, derivatives, emerging market securities, foreign currency transactions, foreign securities, other investment companies, management, market, non-diversification, operational, regulatory, small- and medium-capitalization companies and subsidiary risks. Diversification does not assure a profit or protect against loss.

Gold finds support in the $1,800 per ounce range as it enters a transitional stage. A disciplined approach by the gold mining sector may lead to future outperformance.

Gold continues to be battered by a strong dollar; consolidation may be the solution to underperforming junior gold miners.

Gold’s traditionally positive performance in an inflationary and rising rates environment is hindered by the strength of the U.S. dollar. 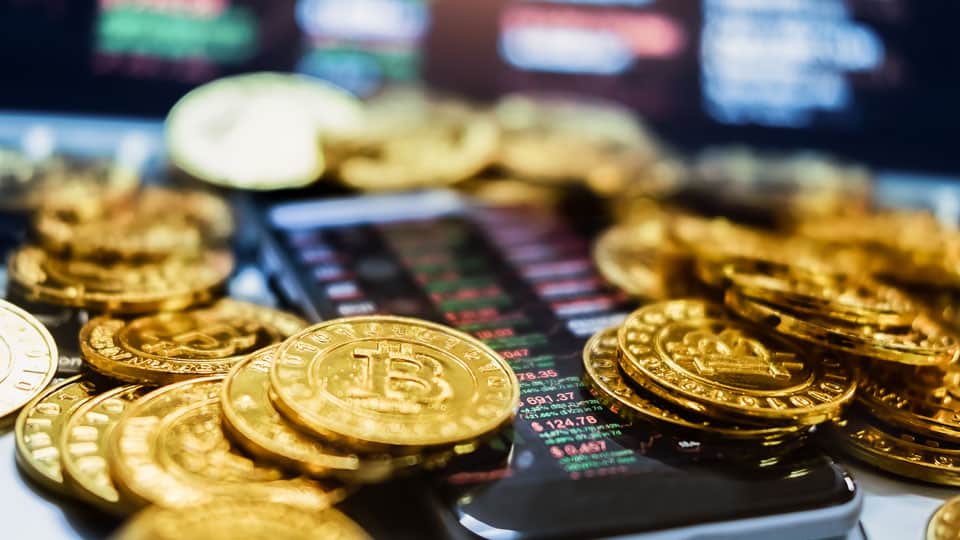