Policymakers Are Faced with a Once In a Lifetime Opportunity

After a very strong year for global green bond issuance in 2019, another record year in 2020 looked inevitable—driven by robust and growing demand for sustainable fixed income investments, a favorable credit environment and regulatory tailwind. However, green bonds are not immune to the unexpected shock the coronavirus has had on global markets. Issuance dropped sharply in March versus the prior year, following strong issuance in January and February. Performance of green bonds was in line with the broader fixed income market, after adjusting for sector and duration exposure.  That has provided validation to one of the most appealing aspects of green bonds, which is they allow investors to build sustainable fixed income portfolios without significantly impacting their risk and return profile.

Many ESG investors are asking whether the downturn will have a lasting impact on green bonds and sustainable investments overall, as governments and central banks focus attention on maintaining functioning capital markets and providing support to battered economies. We believe the green bond market will weather this storm, and that policymakers may have a once in a generation opportunity to advance a sustainability agenda, while they simultaneously look towards rebuilding the economy. Green bonds can be an integral piece of financing that recovery.

We have written previously about the monetary policy tools policymakers have explored to encourage green investment. Central banks, including the Federal Reserve, have recently revived and expanded financial crisis-era lending and asset purchase programs to provide support to many parts of the fixed income markets. With certain ETFs, high yield bonds and even some CLOs, now eligible for investment or financing under various programs, it is perhaps not hard to contemplate central bankers incorporating sustainability criteria into other initiatives. This could include favorable capital treatment for banks on loans financing green projects, penalizing “brown” assets held on bank balance sheets or open market operations that target green bonds. These options were already receiving attention from central bankers prior to the current turmoil, and may remain in the playbook as potential ways to provide additional targeted stimulus, even if this is not the immediate priority.

Central banks have so far been credited with bringing order back to financial markets. Focus has turned to the fiscal response of governments worldwide, primarily on replacing lost household income and providing relief to businesses until the economy reopens. Given the severity of the economic downturn, additional rounds of fiscal stimulus are likely. Green investment was already on the agenda globally, prior to the recent shock, with extremely ambitious programs proposed in Europe and even the United States. Faced with rebuilding a badly damaged economy, these proposals could find further support to the extent they emphasize infrastructure investments that could provide a boost to economic growth and jobs to the millions of people who are no longer employed. Tax policy, spending plans and subsidies all have the ability to encourage private capital to flow to sustainable projects such as clean energy, sustainable transport, climate-resilient infrastructure and others. Large scale investment can therefore help to achieve two goals: economic stimulus and accelerating the decarbonization of the global economy.

We continue to believe that energy companies, including companies involved in electricity generation and transmission, as well as oil and gas producers, must play a crucial role in the transition to a low carbon economy. Many have been active in the green bond market to finance investments in renewable energy. Will the precipitous drop in oil prices, impacted both by supply and demand shocks, fundamentally shift the economics of clean energy back in oil’s favor? We do not believe it will, and it may even strengthen the resolve to become less reliant on fossil fuels. The CEO of Enel, an Italian multinational energy company, has said that the coronavirus pandemic may create the “perfect opportunity for renewables to pick up speed” and that cheap oil may accelerate the shift to green energy, citing already weak demand prior to the Saudi/Russia price war and weakened lobbying influence from those opposed to renewables. Moreover, large corporates have already committed to the transition due to economic considerations.1 Enel has a target of generating 60% of its capacity from renewables by 2022, and has issued nearly $4 billion in green bonds to finance that investment.2 It is not just corporates who have been shaken by uncertainty in the global energy markets, with anecdotal evidence of increases in sales of residential solar panels and battery storage as households look to future-proof their savings and homes.3

The International Energy Agency (IEA) notes that, unlike previous periods when government stimulus was needed, the cost of renewable energy is much lower while the technologies are far more advanced. Governments drive 70% of energy investment directly or indirectly, according the to IEA, partly through the $400 billion in subsidies provided to lower the price of oil to end consumers.4 With current low oil prices, these subsidies may no longer be needed and these funds can be redirected towards cleaner sources of energy. Current low interest rates will make debt financing of projects more affordable, which along with government incentives or initiatives to lower risk, can go a long way to encourage private investment. Governments went into the current crisis with heavy debt burdens. In the United States alone, the anticipated budget deficit may reach $2 trillion this year with the measures announced so far.5 Mobilizing private capital is becoming even more important not only in the transition to a low carbon economy, but to revive the economy and bring back jobs. Measures to encourage green investment through innovative financing solutions such as green bonds may be a key piece of additional stimulus measures.

What Role Will Green Bonds Play?

Why is there so much hope for further growth of the green bond market among investors, policymakers and issuers? They have already proven themselves to be an effective way to mobilize private capital by tapping into the $100 trillion global debt markets. They have the same fundamental risk and return characteristics as conventional bonds, and investors do not need to sacrifice yield or assume additional risk to build sustainable and diversified fixed income portfolios. Importantly, they provide transparency into the projects being financed, and allow investors to measure the impact that their investment is making. VanEck recently completed its first impact report for the VanEck Vectors Green Bond ETF to measure the environmental impact that the portfolio is making. Below, are some of the key findings at the portfolio level, as well as some highlights of how green bond issuers are proactively addressing climate risk to build a sustainable future.

Impact per $1 Million Investment in GRNB:

Financing for certified green multifamily buildings or for energy and water efficiency upgrades of properties across the U.S. GRNB's holdings projected to save 41 GWh in energy, 230 million gallons of water and avoid over nine kilotons of greenhouse gas emissions annually. Overall program expected to add 170,000 jobs and save U.S. families $72 million per year in utility bills.

EIB issued the first green bond in 2007 and has been a pioneer in the market’s development. Projects include 70 onshore and offshore wind, waste-to-energy and solar projects financed by GRNB holdings across Europe, Africa and the Middle East including the world’s largest solar farm on 3000 hectares located in Morocco.

BofA was the first U.S. financial institution to issue a green bond in 2013, and has since issued five bonds totaling over $6 billion. GRNB holdings financed solar and wind projects in TX, MO, OK, MN, NY, CO, NE and CA estimated to avoid 2900 kilotons of CO2 emissions and generate 3,700 GWh of renewable electricity, enough to power 459,000 homes.

Apple is the largest U.S. corporate issuer of green bonds, which have financed investments in renewable energy, resource conservation and energy efficiency in the company’s facilities, products and supply chain. Projects include rooftop solar, green buildings and robotic technology to recover materials in used products. GRNB holdings estimated to divert 91 kilotons of waste from landfills and finance 4.7mm sq. ft. of green buildings.

The Benefits of Green Bonds

The benefits of green bonds are both tangible and measureable to investors and the public at large, whether experienced on a daily commute on a newly built mass transit system, lower energy bills through renewable energy, or the significant number of jobs generated from building new green and resilient infrastructure – all of which can be financed through green bonds. For these reasons, we believe green finance, and green bonds in particular, may play a key role in the oncoming economic recovery. Investors will be able to measure the impact they are having, both towards their investment objectives as well as their sustainability objectives.

The VanEckVectors Green Bond ETF (GRNB), named one of  ETF.com’s “Hidden Gems of 2019” can provide investors with a unique pathway to sustainable investing, offering accessibility to bonds issued to finance projects that have has a positive impact on the environment, while also providing an ESG solution for core bond portfolios. 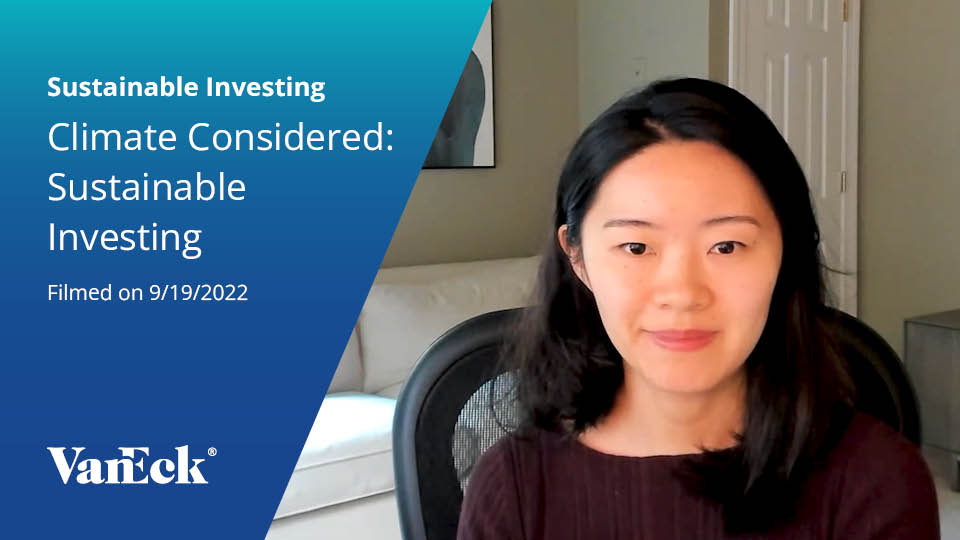 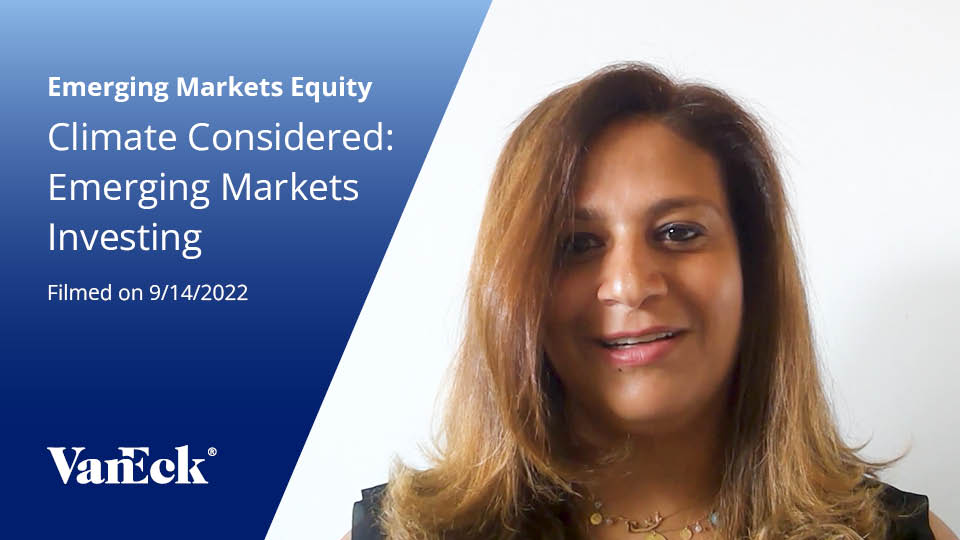 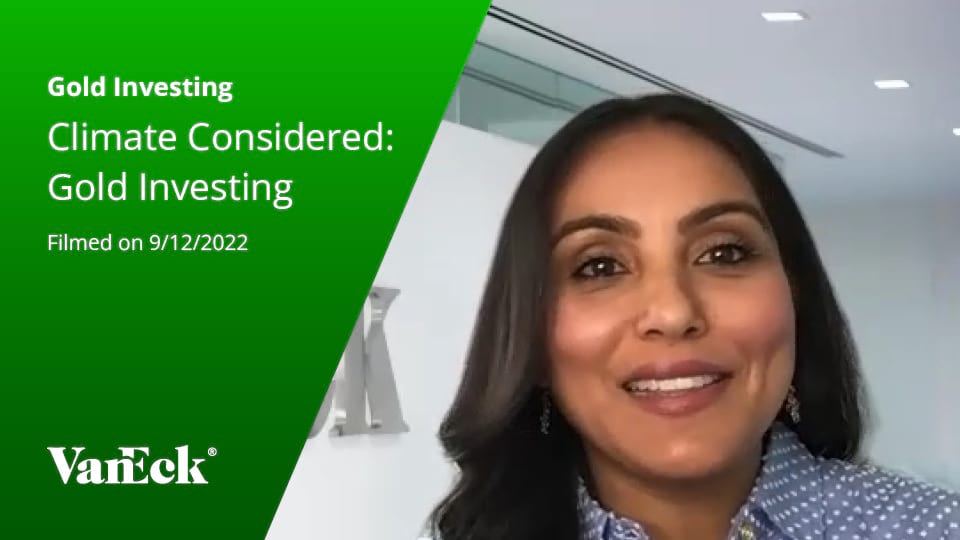 Rising rates have driven volatility in the leveraged loan market. We believe CLOs offer attractive access to loans in this environment, given their structural risk mitigation.

Changes in climate may pose major challenges for local municipalities and test the resilience of society, infrastructure, and capital markets. Some geographical locations are more at risk.

We believe the Inflation Reduction Act is a critical catalyst to accelerate the sustainable development of a sustainable green resources sector in the U.S.

An approach that looks beyond AAA CLOs may offer investors exposure to enhanced yield potential and relative value opportunities from a broader investment universe. 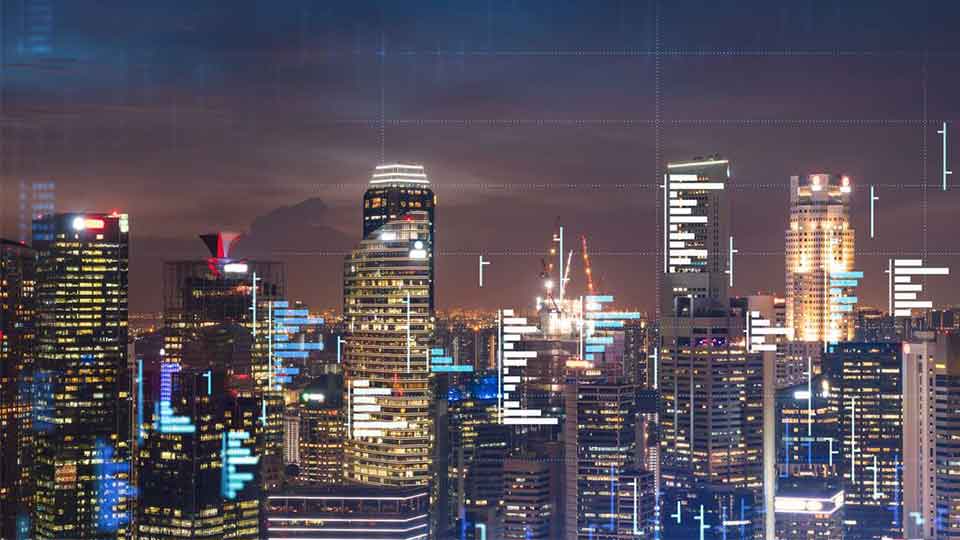