The vast majority of business around the world are facing extreme uncertainty, as consumers are forced to stay at home, avoid contact with other people, and essentially wait for the viral panic to blow over. As people stay at home for extended amounts of time, more and more are turning to video games and esports as a means to entertain themselves.

While it may seem counter-intuitive that a basket of communication services and technology stocks outperform during a de-risking selloff, that’s exactly what has happened over the last few weeks. On both a year-to-date basis and from the market top, video game stocks have outperformed broad equity benchmarks by a wide margin. How could this be? 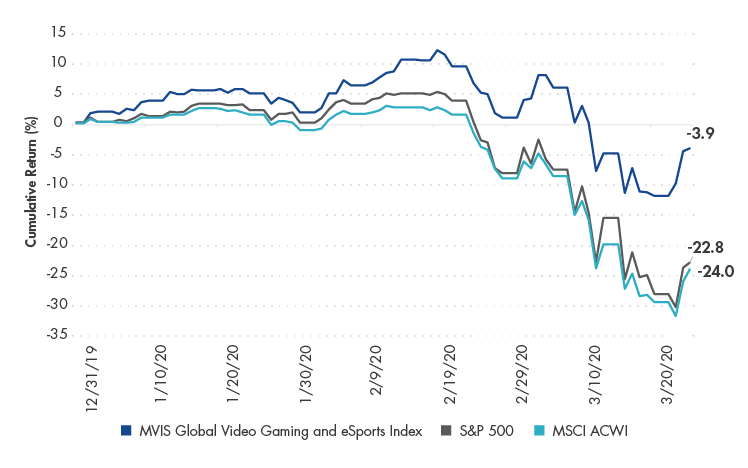 Video game and esports stocks are uniquely positioned to weather this economic recession in which the vast majority of the population is forced to stay inside for extended periods of time. Across the spectrum of the industry, including live-streaming, esports competition and concurrent users playing, analysts have noted a significant increase in the number of people logging on to play video games. What are people going to do if they are stuck at home for an extended period of time on a mandatory lockdown? Play video games—with themselves and each other.

Video Games are Setting Records and Breaking the Internet

Video games and esports have witnessed a sharp increase in engagement around the world since the virus broke out. We view this phenomenon as an acceleration of trends that were already in place, as opposed to a short-term fad that will reverse once the virus fears subside. Here are few noteworthy highlights that have come out since the virus broke:

Activision launched Call of Duty: Warzone and within 10 days passed 30 million players1. This game’s launch is important for a number of reasons. First, it follows the “game as service” model, where the game is free to play and collects revenues from smaller in-game transactions. Second, Call of Duty represents an IP that is over 15 years old. This speaks to the longevity of a given IP, and how important it is for publishers to keep users engaged and caring for years (if not decades).

Steam set a new record for online concurrent players with 20 million people logged onto the service at the same time2. Steam is a video game platform that allows gamers to buy and play video games via their digital library. In a Twitter post, the company directly attributed the record to people staying home due to coronavirus.

Italy experienced a 70% increase in internet usage3, which was largely attributed to video gaming. With the entire country of Italy on some form of lockdown, consumers have flocked to online gaming, which led to bandwidth issues for Italy’s largest internet service provider.

In the last few weeks, the majority of live sporting leagues around the globe have cancelled all upcoming events, including the NBA, NCAA’s March Madness, and NASCAR, to name just a few. Meanwhile, some professional esports leagues, like Activision’s Call of Duty league, have transitioned to online-only matches to allow the continuation of play and to allow fans to keep following the season. While the matches won’t be held in front of a live audience, the competition will go on.

With the cancellation of all live races until at least May, both NASCAR and Formula 1 have held electronic competitions with actual racing professionals, who used simulator rigs to race each other remotely. Racing is unique because the machines used in the race are common training tools for both new and experienced drivers. The competitors were sitting in a seat with multiple screens, with the same basic cockpit that they would have if they were racing a real car.

NASCAR’s race was broadcast on Fox Sports 1 and drew over 900,000 viewers, making it the most-watched broadcast TV esports event in history4. Fox has committed to covering the remainder of the digital racing season on broadcast TV as it unfolds. As the shutdown of traditional sports leagues and tournament drags on, we expect to see more and more traditional sports organizations make progressive steps into the esports ecosystem that may last well after this crisis is over.

Video Gaming Growth is a Trend, Not a Fad

The recent spike in video game engagement can be directly tied to the viral outbreak, but we view this as an acceleration of the following trends that have been in place for years:

Consumer demand for online, interactive entertainment. Since the launch of social media in the early 2000s, it has become clear that people love to hang out online and interact with each other. The rise of MySpace and Facebook crystallized and heightened people’s social connections by placing them online for the world to see. In the last few years, video games have naturally evolved into a form of social media, where friends can congregate online, and play their favorite games together.

Fragmentation of digital media landscape. Netflix, Hulu, Disney+….Fortnite? As the cord-cutting phenomenon has unfolded, consumers have been given the opportunity to customize their entertainment options. Increasingly, consumers are bucketing a subscription to a video game as part of their overall package. In their 2019 annual report, Netflix specifically mentioned Fortnite as a bigger competition than HBO. The beauty of the “game as service” models is that potential long-term customers are given unlimited free samples, in the form of a free-to-play game structure. It’s much easier to spend $10 per month on a subscription for a favorite game, than to spend $60 on a game up-front that might not provide as much long-term enjoyment.

Demographic shifts. Underpinning these seismic shifts in how people play, consume and interact with other’s, lies the natural ageing of the population. Younger consumers (30 and below) have grown up online and on their parent’s phones and iPads. According to the Entertainment Software Association, 65% of American adults play video games5. As Millennials have grown into adults, they have continued to spend time and money on playing video games.

Investing in Video Gaming and Esports

Determining which games will become hits is difficult, and investors may wish to invest in a diversified basket of stocks. Such an approach may allow investors to express a view on the sector without having to know which specific stock will outperform over the future. The index methodology which guides VanEck Vectors® Video Gaming and eSports ETF (ESPO) provides exposure to companies in the video gaming and esports industries.

Currently, the MVIS® Global Video Gaming and eSports Index is heavily tilted towards video game publishers (including the publicly traded companies that operate the largest esports leagues) and semiconductor companies. As the esports industry matures, smaller esports names, such as streamers like HUYA and Modern Times Group, could grow to become a meaningful part of the Index. In the interim, the index captures the esports phenomenon as part of the broader evolution of video gaming, creating awareness of the industry’s potential to reshape how people spend their time and entertainment dollars.

To learn more about ESPO and the high growth potential of the global video gaming and esports industry, visit vaneck.com/esports/.

This material is for informational purposes only. The information presented does not involve the rendering of personalized investment, financial, legal, or tax advice. Certain statements contained herein may constitute projections, forecasts and other forward looking statements, which do not reflect actual results, are valid as of the date of this communication and are subject to change without notice. Information provided by third party sources are believed to be reliable and have not been independently verified for accuracy or completeness and cannot be guaranteed. The information herein represents the opinion of the author(s), but not necessarily those of VanEck.

Indices are unmanaged and are not securities in which an investment can be made. Index returns do not reflect a deduction for fees & expenses. Certain indices may take into account withholding taxes.

An investment in the Fund may be subject to risks which include, among others, investing in the video gaming and esports companies, software, internet software & services and semiconductor industries, equity securities, communication services and information technology sectors, small- and medium-capitalization companies, issuer-specific changes, special risk considerations of investing in Asian, Japanese and emerging markets issuers, foreign securities, foreign currency, depositary receipts, market, operational, cash transactions, index tracking, authorized participant concentration, no guarantee of active trading market, trading issues, passive management, fund shares trading, premium/discount risk and liquidity of fund shares, non-diversified, and concentration risks, all of which may adversely affect the Fund. Foreign investments are subject to risks, which include changes in economic and political conditions, foreign currency fluctuations, changes in foreign regulations, and changes in currency exchange rates which may negatively impact the Fund's returns. Small- and medium-capitalization companies may be subject to elevated risks.

Fund shares are not individually redeemable and will be issued and redeemed at their Net Asset Value (NAV) only through certain authorized broker-dealers in large, specified blocks of shares called "creation units" and otherwise can be bought and sold only through exchange trading. Shares may trade at a premium or discount to their NAV in the secondary market. You will incur brokerage expenses when trading fund shares in the secondary market. Past performance is no guarantee of future results. Returns for actual fund investments may differ from what is shown because of differences in timing, the amount invested, and fees and expenses. 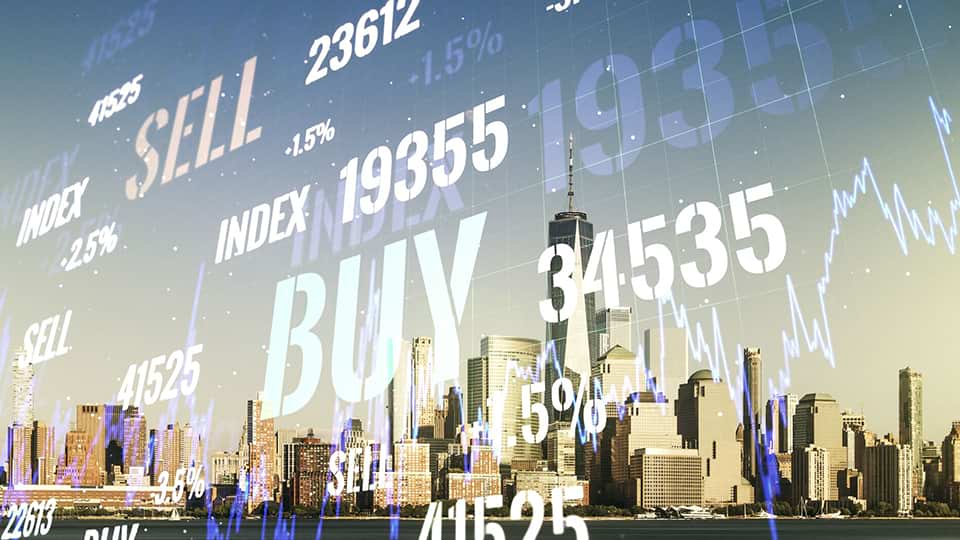 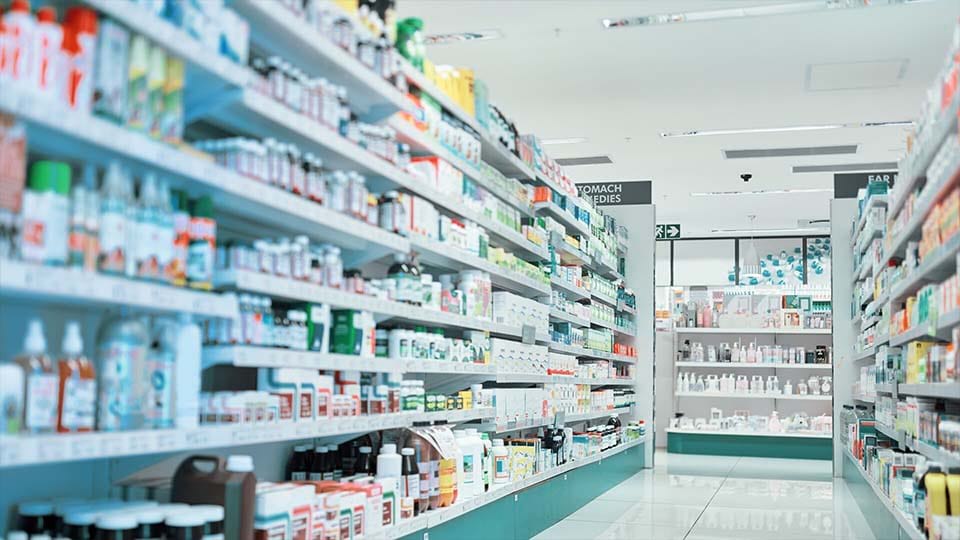 Equities started the year with impressive gains, despite ending the last year with a whimper. Investors interpreted slower-than-anticipated wage growth as an indication of a potential Fed pivot.

This Indxx article intends to describe the importance and growth potential of major green infrastructure industries.

Domestic equities struggled as volatility remained high. Rising prices may be causing a decline in personal savings and a turn to retailers like Walmart.