The DeFi Threat to Wall Street Bitcoin’s share of total cryptocurrency market cap has fallen to levels not seen since the beginning of 2018. At that time, bitcoin’s relative weakness foreshadowed a crypto winter in which the total crypto market cap fell 86% peak to trough.1 Now many investors are asking: could the same thing happen again? While high volatility has been a hallmark of this emerging asset class in its formative years, there are several reasons to believe a digital assets bear market may be less severe, or even avoided altogether, this time around.

When bitcoin peaked in December 2017, the Chicago Mercantile Exchange (CME) had yet to list a futures contract. Spot ethereum prices were not yet available on Bloomberg. Native crypto derivatives exchanges were underdeveloped with poor user interfaces and spotty liquidity. Consumer-facing Web 3.0 apps such as NBA Topshots and Zed Run didn’t even exist. The mainstream investment thesis for bitcoin, to the extent there was one, rested on a store-of-value argument that lost much of its appeal when the headline price turned lower and regulators grew wary. Put simply, the asset class generated no cash, making it very hard for market participants to set a valuation floor.

The situation in 2021 is very different. The CME now hosts a $6B daily bitcoin futures market, allowing institutions to hedge cheaply.2 Retail investors can now borrow or lend bitcoin for U.S. dollars on large centralized platforms like Coinbase or Blockfi at 5-8% rates either way, often eliminating the need for outright selling.3 And technical improvements to the bitcoin network have increased its daily USD capacity by 10x in the last year, making network participants more profitable. Meanwhile, thanks to its innovative use of “smart” programmable contracts, we believe Ethereum has become a formidable low-cost competitor not only to legacy financial intermediaries such as SWIFT, ACH and global investment banks, but also, as Web 3.0 apps proliferate, to Big Tech. Importantly, an upcoming change in the formula for how Ethereum network fees are calculated and distributed (Ethereum 2.0) may end up turbocharging Ethereum’s already ballooning cash flow, though considerable uncertainty remains on that point.

Putting aside the Ethereum 2.0 transition, which we will return to later, the scope for potential disruption in financial flows thanks to blockchain-based solutions is still enormous, in our view. Summing global retail banking (ex-mortgages and payments) revenues of $1.4T, global payments revenues of $1.1T, global investment banking and trading revenues of $500B4, and asset manager revenues of $130B5 one arrives at a total banking top-line of $3T (3.4% of global GDP and 3% of global investable assets)6. Against that, ethereum mining revenues are on pace to surpass $18B this year, representing 60bps of the global banking pie.7 Given the scope for decentralized financial networks to compete on price vs. high-cost developed market banks with their 60%+ cost/income ratios8, and the prospect for addressable market growth as additional revenue streams get tokenized, is it too wild a stretch to imagine 5% dollar share for non-Bitcoin blockchains in five years? Alternatively, the banking revenue pie could shrink by as much as 20% thanks to the deflationary impact of the blockchain9, and digital asset platforms might take a larger 7.5% dollar share of a more efficient system. Those two scenarios would produce annual non-Bitcoin blockchain network fees of $145B - $180B.10 Assuming Ethereum captured 2/3 of this value and holding the ETH market cap/revenue ratio steady at its current 19x “sales” would yield an ETH enterprise value between $1.8 – 2.3T vs. its current $290B market cap.11

There are many risks to this scenario, chief among them the increased competitive dynamics from other blockchains (dFinity, Solana, Polkadot, etc), and the execution risk as Ethereum undergoes a network overhaul that will eventually boost capacity by 64x while theoretically lowering unit prices considerably. The pricing adjustment begins this July, and the effects are still highly uncertain. We know that ethereum transaction “gas” fees will shift from an entirely variable model to a variable plus “tipping” model, in which the “base fee” will be “burned” for the benefit of all stakeholders, similar to a company retiring shares in a buyback. Also, the level of the base fee will be calibrated to achieve a steady-state 50% network capacity utilization vs the current overstuffed 95%+. Thus, in theory, the network will need a 32x effective increase in demand to generate the same total fees.12 And since fees will be collected by stakers rather than miners13, the entire Ethereum economy may potentially become less liquid, but more self-sufficient, as the new “miners” hold their stakes to collect their interest and “share buybacks,” rather than immediately monetizing their mined ethereum to pay for the higher fixed costs under the old system.

Meanwhile, the more congested the network, the higher proportion of network fees will be “burned” (bought back), and the greater the likelihood that the total amount of ethereum outstanding could begin to decline, a possibility that bulls tout loudly on Twitter these days. See, heretofore, ethereum supply has grown at about a 4% annual CAGR.14 A move to shrinking money supply and more ethereum “locked” in solid form rather than circulating as liquid, has prompted some very aggressive price targets ($100k+) from bulls. Of course, the nasty undertone of this emerging ETH economy is that ethereum network pricing and the ethereum token price will likely sport an auto-correlation familiar to many emerging markets investors (FX and equities pro-cyclical correlation), which can be painful during down cycles.

Still, to emphasize the bull case, many market participants believe that plenty of would-be ethereum customers are being priced out of the network due to the high gas fees, and point to rising volumes on decentralized exchanges like ethereum-based Uniswap (who recently cut prices) as evidence that Ethereum’s network revamp will drive enough demand to keep network profits growing at a rapid rate. Indeed, the ballooning stablecoin market cap (approaching $100b)15, the high velocity of these digital dollars (0.25-0.5x turnover per day)16, and the wide spreads on crypto trading cited by Voyager and Coinbase on their recent earnings calls all support the thesis that significant arbitrage opportunities remain in this highly fragmented but fast-growing crypto financial economy. Add to this the wide range of Web 3.0 applications now hitting the market. Seen from this perspective, we believe bitcoin’s relative underperformance may say less about a looming crypto bear market than a potentially new supply/demand dynamic developing in ETH-based payments as the ecosystem matures. 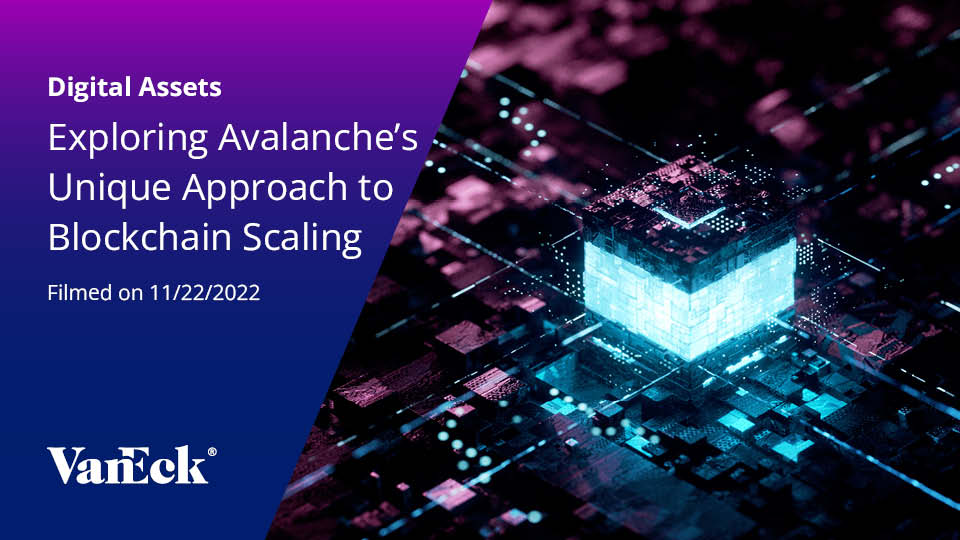 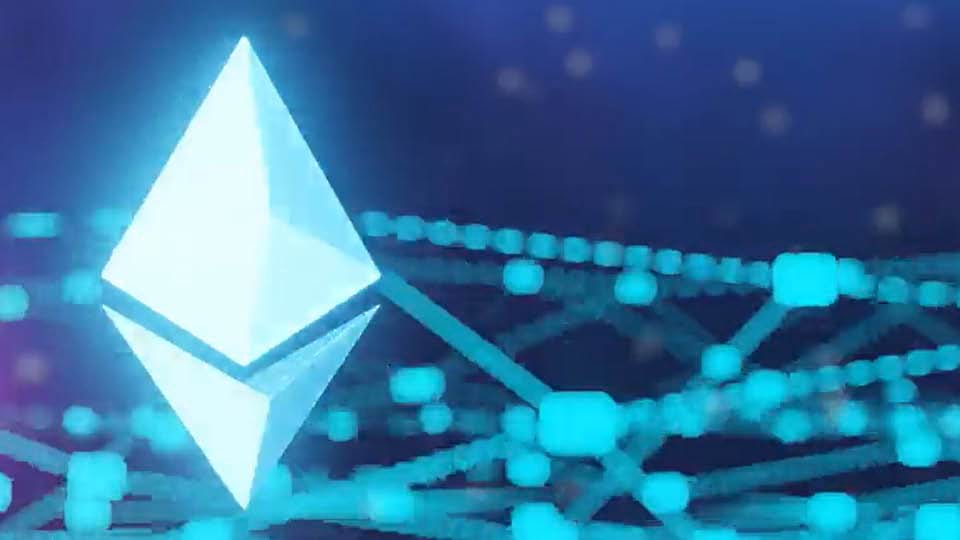 12 Source: VanEck calculations. For context, solid state drive NAND capacity grew 100x and prices fell by 90% between 2010 and 2020 amidst a wave of new applications for the technology.

13 Staking involves purchasing of cryptocurrency and holding them in a wallet for a certain time period, whereas mining involves the creation of new coins.

This is not an offer to buy or sell, or a solicitation of any offer to buy or sell any of the securities/financial instruments mentioned herein. The information presented does not involve the rendering of personalized investment, financial, legal, or tax advice. Certain statements contained herein may constitute projections, forecasts and other forward looking statements, which do not reflect actual results, are valid as of the date of this communication and subject to change without notice. Information provided by third party sources are believed to be reliable and have not been independently verified for accuracy or completeness and cannot be guaranteed. The information herein represents the opinion of the author(s), but not necessarily those of VanEck.

All indices are unmanaged and include the reinvestment of all dividends but do not reflect the payment of transactions costs, advisory fees or expenses that are typically associated with managed accounts or investment funds. Indices were selected for illustrative purposes only and are not securities in which investments can be made. The returns of actual accounts investing in natural resource equities, energy equities, diversified mining equities, gold equities, commodities, oil, industrial metals, gold, U.S. equities and U.S. bonds strategies are likely to differ from the performance of each corresponding index. In addition, the returns of accounts will vary from the performance of the indices for a variety of reasons, including timing and individual account objectives and restrictions.Accordingly, there can be no assurance that the benefits and risk/return profile of the indices shown would be similar to those of actual accounts managed.Performance is shown for the stated time period only. 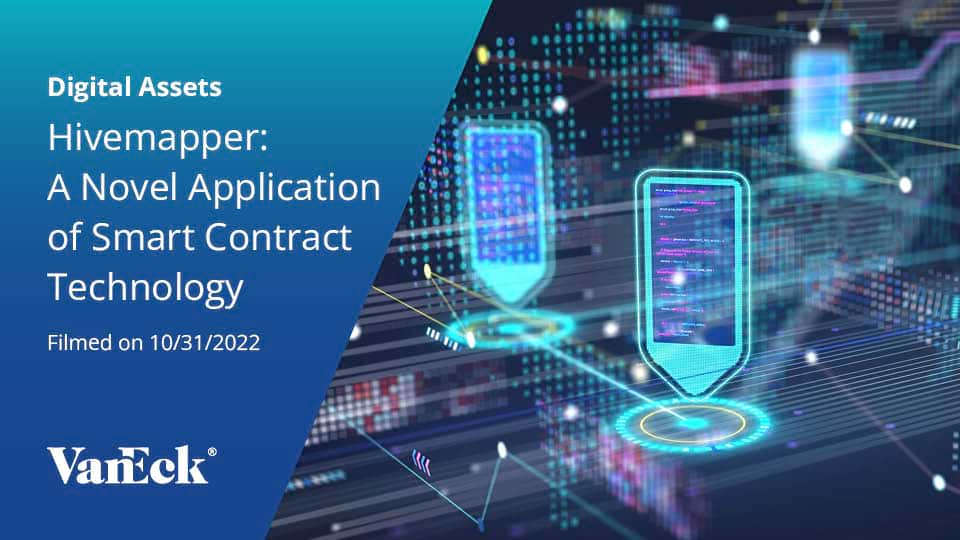 Blockchain bridges allow the exchange of assets, messages, data, and, most importantly, users. In our base case, we value the bridging sector to be worth $174B by 2030.

On this episode of WEB3 TEA, JP Lee and Matt Bartlett discuss how to empower investors to better understand their crypto portfolios. 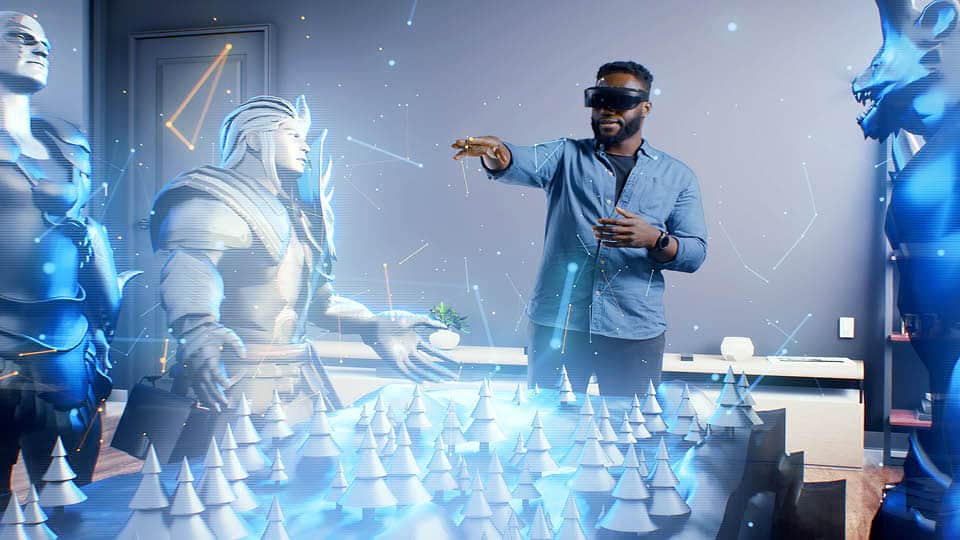 A Glimpse into the Future of Gaming

A Masterclass in Digital Assets

Kyle DaCruz joined Asset TV’s Masterclass to discuss the scope of the digital assets sector, scale of adoption and strategies for gaining exposure.