Gaming revenues can be segmented by different platforms that represent how consumers access and play the game. The first widely available video game platform was the arcade, which was then followed by personal computers (PC) and consoles such as Xbox and PlayStation.

Mobile gaming represents both the largest platform by revenues and the fastest growing one. Since 2015, mobile revenues have grown at an annualized rate of 22%, outpacing the total gaming revenues growth rate of 15%.

Mobile Is the Largest and Fastest Growing Gaming Platform 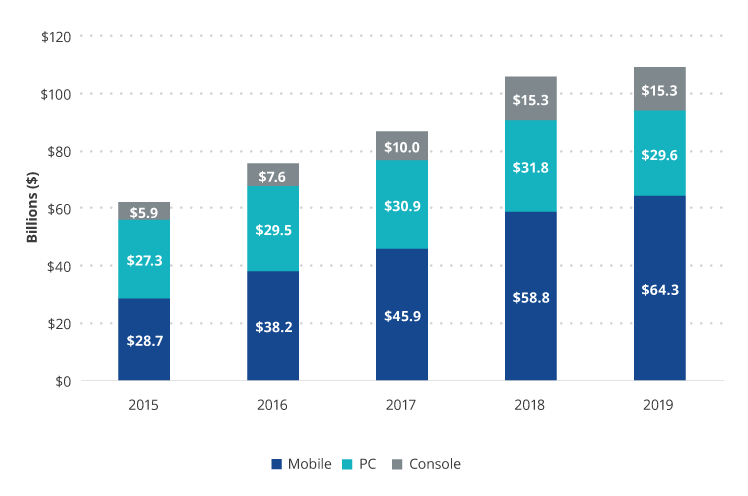 Prior to the iPhone’s release in 2007, mobile did not exist as a category for gaming platforms. Rudimentary games like Snake and Tetris were available on early cell phones, but the invention of the iPhone created a new category of games out of thin air. Mobile apps have become synonymous with the mobile phone experience, and mobile games are some of the most popular and widely downloaded apps available to consumers.

Let’s use China’s mobile market as an example. According to some estimates, mobile game revenues in China were $15.6B in 2018.1 All of the top 10 most popular mobile game titles were published by the same two Chinese companies: Tencent and NetEase. China is unique in that the government has to approve any new games that are released, which creates a bias towards domestic Chinese publishing companies. However, other companies are also tapping into domestic consumer demand in these markets.

Mobile Gaming in the Current Environment

Video gaming stocks have weathered the volatility in 2020 extremely well. Mobile gaming may even provide further protection for publishers.

Newzoo has identified three reasons why mobile gaming revenue growth will continue to surpass both console and PC in the current market environment as many businesses remain closed.

Investing in Gaming and Esports

Determining which games will become hits is difficult, and investors may wish to invest in a diversified basket of gaming and esports stocks. Such an approach may allow investors to express a view on the sector without having to know which specific stock will outperform over the future. The index methodology which guides VanEck Vectors® Video Gaming and eSports ETF (ESPO) provides exposure to companies in the video gaming and esports industries.

Currently, the MVIS® Global Video Gaming and eSports Index is heavily tilted towards game publishers (including the publicly traded companies that operate the largest esports leagues) and semiconductor companies. As the esports industry matures, smaller esports names, such as streamers like HUYA and Modern Times Group, could grow to become a meaningful part of the Index. In the interim, the Index captures the esports phenomenon as part of the broader evolution of video gaming, creating awareness of the industry’s potential to reshape how people spend their time and entertainment dollars.

To learn more about ESPO and the high growth potential of the global video gaming and esports industry, visit vaneck.com/esports/. 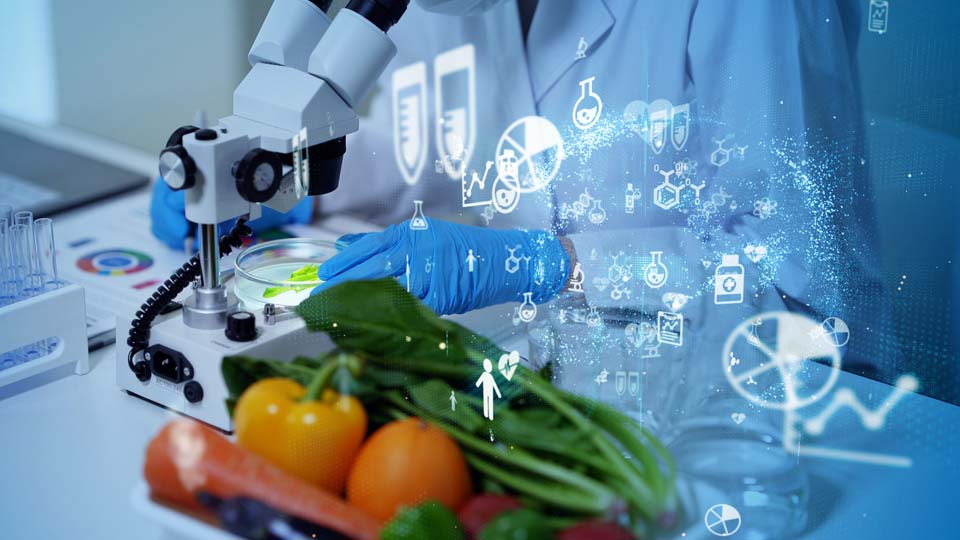 This material is for informational purposes only. The information presented does not involve the rendering of personalized investment, financial, legal, or tax advice. Certain statements contained herein may constitute projections, forecasts and other forward looking statements, which do not reflect actual results, are valid as of the date of this communication and are subject to change without notice. Information provided by third party sources are believed to be reliable and have not been independently verified for accuracy or completeness and cannot be guaranteed. The information herein represents the opinion of the author(s), but not necessarily those of VanEck.

Indices are unmanaged and are not securities in which an investment can be made. Index returns do not reflect a deduction for fees & expenses. Certain indices may take into account withholding taxes.

An investment in the Fund may be subject to risks which include, among others, investing in the video gaming and esports companies, software, internet software & services and semiconductor industries, equity securities, communication services and information technology sectors, small- and medium-capitalization companies, issuer-specific changes, special risk considerations of investing in Asian, Japanese and emerging markets issuers, foreign securities, foreign currency, depositary receipts, market, operational, cash transactions, index tracking, authorized participant concentration, no guarantee of active trading market, trading issues, passive management, fund shares trading, premium/discount risk and liquidity of fund shares, non-diversified, and concentration risks, all of which may adversely affect the Fund. Foreign investments are subject to risks, which include changes in economic and political conditions, foreign currency fluctuations, changes in foreign regulations, and changes in currency exchange rates which may negatively impact the Fund's returns. Small- and medium-capitalization companies may be subject to elevated risks. 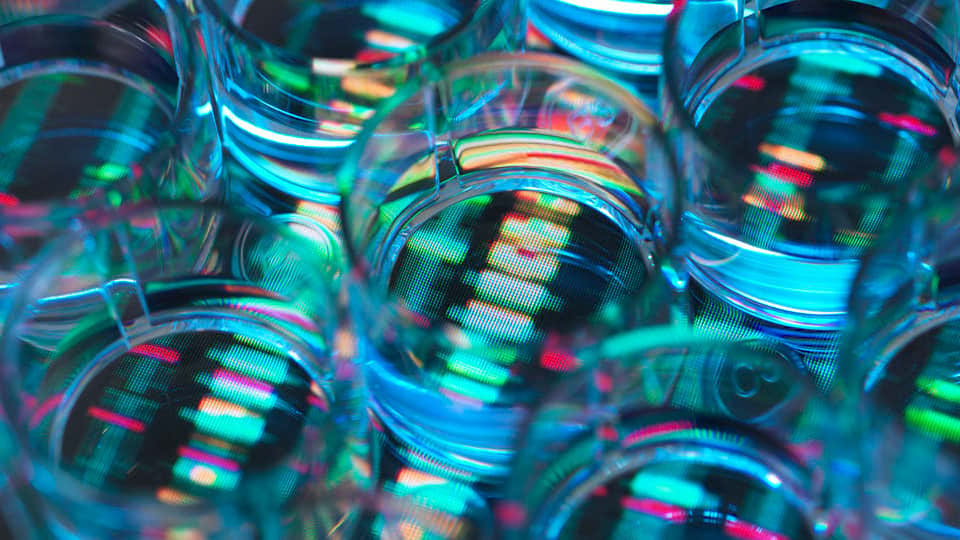 Consumer discretionary and technology stocks rebounded in May. Chevron and Southwestern Energy joined the Buzz Index; Macy’s re-entered the Index.

Are meme stocks poised to rebound? Carvana rejoined and Lyft entered the BUZZ Index in April.

Are meme stocks back in favor? GameStop and AMC were among the largest contributors to the BUZZ Index in March.